What the World Thinks About the 2016 U.S. Presidential Election

The world has been watching the U.S. presidential election with a mix of fascination and horror. Many appear to believe a Hillary Clinton presidency would provide the stability needed in an increasingly volatile world, but some foreign players are rooting for a Donald Trump victory. Here, TIME’s staff in bureaus around the world round up what foreign politicians, experts and citizens are saying about the U.S. election:

Clinton would win by a landslide if Europeans had a vote, Tara John writes, helped in part by the popularity of U.S. President Barack Obama and the socially democratic continent’s history of favoring Democrats. Trump’s transition from reality show star to political candidate could not be further from Europe’s technocratic approach to governance. His foreign policy, which includes the renegotiation of NATO’s budget and a hint that he would not defend NATO allies under attack, has raised hackles. German Foreign Minister Frank-Walter Steinmeier called Trump a preacher of hate in August, an October poll by Infratest Dimap found that only 4% of Germans would vote for him compared to Clinton (86%) while the Hamburger Morgenpost implored on its Nov. 8 cover, “Please, not the Horror Clown!”

Despite the populist parallels between Trump’s rise and the U.K. vote to leave the E.U., more than half a million Brits signed a petition calling for Trump to be banned from entering the U.K. and Scottish National Party leader Nicola Sturgeon said she “fervently hoped” that Clinton would defeat the Republican candidate. Trump has found some allies among Europe’s nationalist parties, however — their uptick in popularity has mirrored his, with similar messages about immigration eroding jobs and national identity. France’s far-right National Front leader Marine Le Pen told Valeurs Actuelles that she would vote for Trump. “What appeals to Americans is that he is a man free from Wall Street, from markets and from financial lobbies and even from his own party,” she said. Nigel Farage, the interim leader of the U.K. Independence Party, and anti-Islam, far-right politician from the Netherlands, Geert Wilders, have each supported Trump on his U.S. campaign.

Trump’s more conciliatory tone to Russian President Vladimir Putin and his isolationist foreign policy has driven claims that he is a favorite of the Kremlin, writes Berlin correspondent Simon Shuster. But Moscow actually seems to be approaching the election with caution:

In Israel, opinion is more divided. A recent poll conducted by Shiluv Millward Brown found the majority of Jewish Israelis (41%) favored Clinton as president over her Republican rival (31%). Israelis, however, thought Trump would “benefit” the Jewish state more. Clinton’s pro-Israeli and hawkish rhetoric during her tenureship as Secretary of State has leant her some authority on Israel. But Trump’s attempts to drum up support in Israel— by endorsing settlement expansion in the West Bank and promising to move the U.S. embassy to Jerusalem— has worked. He gained a slight edge (49%) over Clinton (44%) among dual Israeli-American citizens who cast their absentee ballots from Israel, according to a Nov. 3 exit survey .

TIME’s East Asia Bureau Chief Hannah Beech says Trump has a considerable fanbase among China’s educated, pro-Western elites, even if this demographic would more naturally favor Clinton in other countries:

Feliz Solomon, a TIME writer covering the Association of Southeast Asian Nations (ASEAN), says the region would be more at ease with a Clinton presidency:

Unsurprisingly, Trump, for all his proclamations about loving ‘Hispanics’, is not popular across Latin America, Kate Samuelson writes. The Republican candidate has been described by Mexico’s major national newspaper, Milenio, as “the man who managed to make us miss the Bush clan,” as well as the “undisputed record-holder for fake tanning”. Last Easter, celebrants burned effigies of Trump instead of Judas and, in a speech in March, President Enrique Peña Nieto compared his leadership race to the way the fascist dictators Mussolini and Hitler came to power. According to a poll published in Mexico in late September, Mexicans favor Clinton in the race by 10 to 1.

Trump vowing to stand with ‘oppressed’ Cubans and Venezuelans has not helped his popularity in those regions either, neither with the people nor politicians (Venezuela’s President Nicolás Maduro called Trump “mentally ill” last year). However, the Democratic National Committee also came under fire in Venezuela last month for posting a video that compared Trump to the late President Hugo Chavez. “The election campaign in the U.S. reflects the profound ethical, moral and political crisis of a degraded system that turns its back on the people,” Foreign Minister Delcy Rodriguez wrote on Twitter. “Comparing candidate Trump with Commander Chavez is an expression of the racist arrogance and irrationality of a party that does not serve its constituents.”

In the presidential debate on Oct. 19, Trump spoke about visiting “Little Haiti in Florida”. “I want to tell you, they hate the Clintons, because what’s happened in Haiti with the Clinton Foundation is a disgrace. And you know it, and they know it, and everybody knows it,” he said. Indeed, many people identify the Clintons with failures of humanitarianism and development in Haiti following the devastating earthquake in 2010; in 2015, Haitian activists protested outside the Clinton Foundation in New York, claiming the Clintons mismanaged hundreds of millions in taxpayer money through the Interim Haiti Reconstruction Commission, the Washington Post reports. But, despite fair criticism of the Clintons’ handling of the crisis, Trump’s interest in using Haiti to bash Clinton rather than anything else is transparent. Research conducted by the Miami New Times in the area concluded that Little Haiti residents were unwaveringly in favor of Clinton – despite what Trump said.

Sub-Saharan Africa has barely merited a mention by either contender during their campaign, Tara John writes, except for when Clinton compared Trump’s economic policies to that of Zimbabwe in the 1990s. A criticism picked up on by Zimbabwe’s dictator, President Robert Mugabe, who now appears to endorse the Republican. According to U.S. lawmaker Chris Coons, the despot told him: “Once [Trump] is your president, you’ll wish you’d been friendlier to me.” In Uganda, two men holding placards, reading “A vote for Trump is a vote against African dictatorship,” campaigned for Trump outside the country’s U.S. Embassy. Trump’s anti-immigrant rhetoric has won him no favors from others across the continent, however. Nigerian Nobel Laureate Wole Soyinka says he will tear up his green card if that happens, while local news agency the Daily Post claims that the Nigerian community residing in the U.S. “will vote en masse for” Clinton. In South Africa, newspaper City Press declared early this year, “God help us all if Trump wins.” The aversion is linked to Trump’s anti-immigrant as well as his isolationist stance, which some fear could lead to the slashing funding programs like the Young African Leaders Initiative (YALI), started by Obama to support young African entrepreneurs and activists or PEPFAR— an initiative to prevent HIV and AIDS. 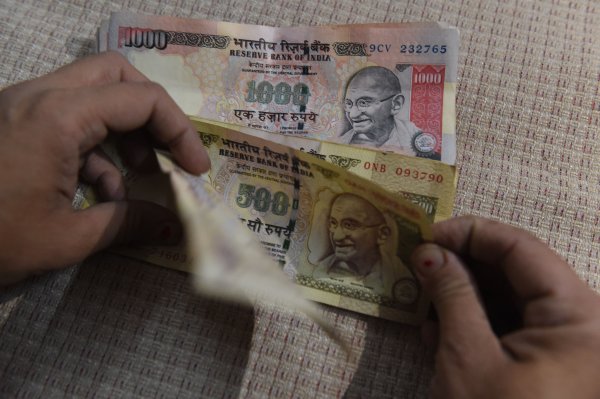