How Janet Reno Got Her Start

Janet Reno, the first female U.S. Attorney General, died on Monday, at age 78, at home in Miami-Dade County, Fla. — the same county where she spent her youth, before embarking on a long career of law and public service.

Before her time as Attorney General, a Florida State Attorney or a private lawyer, Reno had an empowering childhood in a bustling home. Reno and three younger siblings were born to Jane (née Wood) and Henry Reno, who both worked as reporters in Miami. Their log-cabin home outside the city, on the edge of the Everglades, was filled with animals such as “alligators…cows, beagles, macaws, raccoons, goats, geese, ponies, pigs and skunks (not descented),” according to a 1993 profile of Reno in TIME.

During those years, Reno had strong women as role models. Her aunt Daisy served as a nurse during World War II in North Africa and marched on Italy with General George Patton; another aunt, Winnie, was a member of the Women’s Air Force Service Pilots. She also learned about justice from her father, who was a Pulitzer-Prize-winning crime reporter for the Miami Herald for 43 years.

“Such a colorful personal history guaranteed that Janet Reno would arrive in Washington and become, instantly, a cartoon,” TIME’s Nancy Gibbs wrote in 1993. ”Friends who have known Reno since her days as a chemistry major at Cornell, or as one of 16 women in a class of 500 at Harvard law, or as a powerhouse prosecutor in Miami, are amused at the caricature. ‘Everybody thought she was this li’l gal from the swamp,’ says longtime Miami friend Sara Smith.”

After Cornell, Reno graduated from Harvard Law in 1963, and worked in private practice until she landed a spot on the Florida House of Representatives’ Judiciary Committee in 1971.

She was appointed the State Attorney for Miami-Dade County in 1978, and served in that office until 1993, winning re-election over and over. “Reno ran five times, and kept winning by vast margins,” the 1993 story noted. “That she managed to do so running as a liberal-minded, pro-choice Democrat in a deeply conservative county without hiding her principles, carries a lot of weight in the city of perpetual pandering.”

Indeed, the spotlessness of her record helped Reno ascend to the Attorney General position in 1993. President Bill Clinton was set on appointing the first female to the role, the New York Times reports, but corporate lawyer Zoe Baird and the federal judge Kimba Wood had to withdraw their names from consideration for Reno’s eventual role after it was discovered that they had both hired undocumented immigrants as nannies. 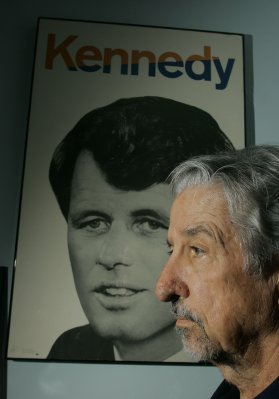