'Prevent a Comedy From Turning Into a Tragedy.' Hollywood Gives Hillary Clinton a Late Boost

Not even actors at an awards show can stop thinking about the presidential election—and a few at the Hollywood Film Awards used their time on stage to stump for Hillary Clinton.

Robert De Niro was more serious in his plea to the audience.

“Let me just lay it out right here: We have the opportunity to prevent a comedy from turning into a tragedy. Vote for Hillary Tuesday,” De Niro said.

Leonardo DiCaprio, who won a Documentary Award for his and director Fisher Stevens’ work on the climate change film Before the Flood, alluded to Donald Trump’s comments calling climate change a Chinese hoax, Variety reports.

“Please vote this Tuesday,” he said. “Vote for people who believe in the science of climate change.” 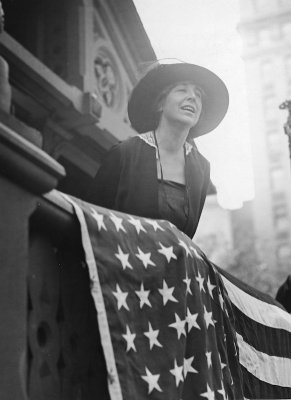 How the First Woman Was Elected to U.S. National Office, Exactly 100 Years Ago
Next Up: Editor's Pick