6 Things Janet Reno Will Be Remembered For

Janet Reno, the first female Attorney General of the United States, who served for eight years after being nominated by President Bill Clinton in 1993, has died at the age of 78 from complications related to Parkinson’s disease. Here, six milestones in the no-frills lawyer’s legacy:

1. Becoming the first woman to serve as Attorney General

During her 15 years as prosecutor in Miami’s Dade County, where voters returned her to the office five times, Reno gained plenty of experience on cases with national implications, including on narcotics, immigration and corruption. The Ivy League law graduate also had a reputation as an innovator who introduced a special court for drug offenders that mixed punishment with treatment.

She was nominated and confirmed as the first woman to serve as the U.S. Attorney General in March 1993 after Clinton’s first two choices, Zoe Baird and Kimba Wood, were withdrawn for previously employing illegal immigrants as domestic help. Reno remained Attorney General for the remainder of Clinton’s presidency, which made her the longest-serving in the whole of the twentieth century.

That year, she appeared on the cover of TIME, with the strapline reading ‘Reno: The Real Thing’. “When I was nominated, I was told that the White House had some people they wanted in position,” Reno said, in the interview that accompanied her cover. “I said, ‘Well, I’m not going to be able to live with that if I don’t particularly care for somebody or if I want somebody.’ They said, ‘We’ll work it out.’ And I’ve been entirely satisfied ever since.”

“I’m not trying to do anything except give the President the best advice I can give him,” she continued. “So far, he’s been very receptive to it.”

2. Controversy with the raid on the Branch Davidian compound near Waco

Shortly after she was sworn into the role of Attorney General, Reno became embroiled in controversy over the deadly raid she ordered following a standoff between the Branch Davidians, a religious sect, and federal agents at the sect’s compound near Waco, Texas.

The standoff, which began on Feb. 28 1993, before Reno became Attorney General, was sparked when U.S. agents from the Bureau of Alcohol, Tobacco and Firearms made a surprise raid on the compound, trying to execute a search warrant. Gunfire erupted during the raid, and four agents and six members of the religious sect perished.

That led to a 51-day standoff, which ended on April 19 1993, when Reno approved a raid on the compound using tear gas. During the raid, a fire broke out and the complex burned to the ground, killing around 80 people including the sect’s American leader, David Koresh. Later that day, Reno took full blame of the incident, telling television cameras “I’m accountable. The buck stops with me.”

3. The capture and conviction of high-profile terrorists

The week she authorized immigration agents to apprehend the sheik, she was under considerable political pressure to rush his arrest. But, a contemporaneous TIME article stated, “Janet Reno does not rush to judgment. She says she is as concerned with protecting the rights of the guilty as with punishing them. This has never been an especially popular position.”

Reno also oversaw the convictions of Timothy McVeigh and Terry Nichols, for their roles in the 1995 Oklahoma City Bombing, when 168 people were killed by a truck bomb exploding outside the Alfred P. Murrah Federal Building. “Speak out against the hatred, the bigotry and the violence in this land. Most haters are cowards. When confronted, they back down. When we remain silent, they flourish,” she said, one month after the incident.

4. Openness about having Parkinson’s disease

Two years after she became Attorney General, Reno was diagnosed with Parkinson’s after noticing a trembling in her left hand. She announced the diagnosis during a weekly news conference in Washington, and insisted the condition was being controlled by medication and would not impair her ability to do her job. She underscored the point by extending a rock-steady hand.

In 1996, TIME reported that, undeterred by her recent diagnosis, Reno was spending some of her vacation learning to in-line skate. “She took turns with her sister Maggy Hurchalla, who got Rollerblades for Christmas, skating outside Hurchalla’s Miami home,” the article reads. “No padding was used. Do Reno‘s security guards worry? Maybe, Reno says, ‘but they’re not there to protect me from stupid things I do to myself.'”

5. Intervening in the case of Elian Gonzalez

In early 2000, Reno attempted to negotiate the highly-politicized return of five-year-old Elian Gonzalez to Cuba. The boy was discovered lashed to an inner tube off the coast of Fort Lauderdale, Fla, after he and his mother, Elizabet, fled their Cuban town of Cardenas. They escaped with 12 companions in a small aluminum motorboat, which sank in heavy seas and drowned Elizabet and 10 of the others.

After drifting for two days, Elian was rescued in good condition and taken to Miami to be cared for by relatives – but became embroiled in a bitter, international custody battle. Reno ordered the return of González to his father, insisting Elian should live with him, and set a deadline of April 13, 2000, but the boy’s Miami relatives defied the order.

Eventually, after numerous failed negotiations, Reno made the decision to remove Elián González from the house and instructed law enforcement officials to determine the best time to obtain the boy. This provoked the ire of Miami’s Cuban-American community.

6. Being played by Will Ferrell on Saturday Night Live

Reno was memorably played by Will Ferrell in a recurring Saturday Night Live skit called ‘Janet Reno’s Dance Party’. “I originally wanted to do this thing where she was almost like a bodyguard for President Clinton,” Ferrell told the Washington Post in 1998. “They’d be in Cabinet meetings and she wouldn’t say anything, and then if Clinton didn’t like the person she’d be like, ‘Bill, do you want me to get rid of him?’.”

In the end, Ferrell settled on Reno dancing, inspired, according to NPR, by reports that she had cut an impressive a figure dancing at a Justice Department party. Although the sketch became iconic (with Reno herself appearing on it on her last day in office, even delivering Ferrell’s signature line, ‘It’s Reno Time!’), it was not without controversy and criticism.

“What’s grating is that the attorney general has not only a very normal sort of life but a nice life,” former Justice Department public affairs director Carl Stern told the WP in 1998. “Both in Florida and in Washington she has a great many friends whose homes she visits, and she goes to plays, her dance card is full. To portray her as a wallflower that nobody asks to dance is not only demeaning but inaccurate. She’s a woman with a very active, full life – as I said, her dance card is full.” Watch one of Ferrell’s Reno skits here: 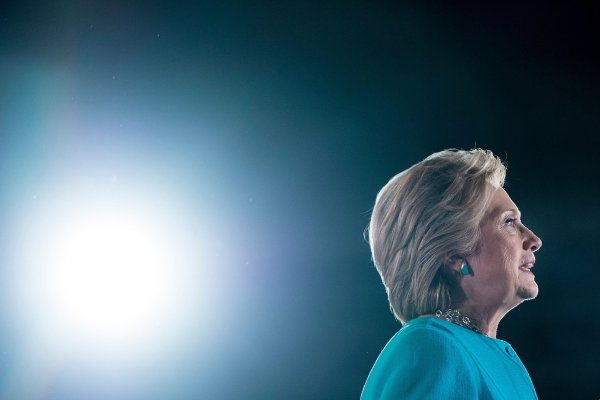