According to Oliver, these so-called MLMs made $30 billion in retail sales in the U.S. last year, and in order to get in on that booming business, entrepreneurs must either sell the product itself and earn money on those sales, or recruit people into the company and make money on their sales. But Oliver believes that these companies’ business models look very similar to pyramid schemes and according to at least one Youngevity saleswoman in a corporate video, it is a “pyramid scheme thing.” While Youngevity said that statement was “not authorized,” as Oliver noted, the video was taken at an official event and the saleswoman is featured on the Youngevity website. “You don’t let someone embody your company if you don’t agree with them,” Oliver said. “If Flo turned out to run a dog fighting ring, Progressive would wipe her from their website — and by the way you know that’s coming.”

The Federal Trade Commission investigated Herbalife, one of the biggest MLMs, concluding it was “not determined not to be a pyramid.” For Oliver, that was not particularly reassuring. “If the FDA announced that ‘we have not determined cotton candy not to be clown pubes’ you would never risk eating that sh-t again,” he said.

Luckily, John Oliver has a plan to spread the word about the dangers of pyramid schemes — he started up his own, with the help of Jane the Virgin’s Rogelio de la Vega (Jaime Camil).

To participate in this once in a lifetime opportunity, simply watch this video and share it with five friends with the hashtag #ThisIsAPyramidScheme. If enough people share the video, soon the entire world will be aware of the risks of MLMs. 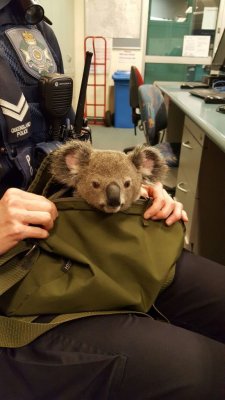 This Koala in a Backpack is the Cutest Thing You'll See All Day
Next Up: Editor's Pick