The Religious Right Starts to Look Past Election Day

During the final hours of the 2016 campaign, leaders of the religious right are giving the Republican ticket one last rush of support.

Ralph Reed’s Faith and Freedom Coalition volunteers finished knocking more than one million doors of evangelical and anti-abortion Catholic voters and shipped voter guides to 117,000 churches, a quarter of which are in battleground states. Family Research Council’s Tony Perkins traveled on his action group’s “Values Bus” in its final tour stops through North Carolina. Members of Trump’s evangelical advisory board like James Robison and Robert Jeffress spread op-eds and did television interviews to get out the vote of the faithful. And on Election Night, guests from that board will gather in New York to celebrate their hoped-for win.

But they are also contemplating their next steps. This election has repeatedly left social conservatives facing sharpened and exposed fault lines their ranks. In the primaries, the evangelical kingmakers set a myriad of options before their base—many lifting up Ted Cruz, Ben Carson, and Marco Rubio—but the faithful crowned Trump instead.

The factions then regrouped in New York for a carefully orchestrated attempt to pick up the pieces and unite under their new flag bearer, giving Trump an audience with 1,000 evangelical social conservative leaders. He elevated newcomers to gain support from evangelical political outsiders—Pentecostal and preachers of prosperity, like Mark Burns, Darrell Scott, and Paula White, all disrupted the usual state of play.

Still, Trump has said he does not ask God for forgiveness, was caught on tape boasting about grabbing women’s genitals and threatened to deport immigrants and separate families. As a result, evangelicals have split along racial, gender, age lines, debating how much of Trump they could denounce and accept, even while many of their leaders pressed on to support Trump all the same.

Now, social conservative leaders are left reflecting on the political impact of this cycle, what the future of their movement will look like, and what possible realignments, if any, may be ahead.

“It has been a complicated cycle…a more challenging sell,” Gary Bauer, president of American Values, says. “I think that the values voter movement remains very strong… but they are also working class people, and they are looking for somebody good on the values issues, they are looking for somebody that will push the Republicans to economic policies that have a chance of giving them a better life.”

Much of the long-term political effect of the disruption hinges on America’s choice Tuesday. Some say a Trump win would bring political unity to their movement. “If Trump wins, he will become the head of the party and the fractious debate among social conservatives over his candidacy will be resolved in his favor,” Reed says. It would also mean “an administration that is actually on our side,” Perkins says, though not necessarily thanks to Trump: “Mike Pence is the vice president, it totally changes everything … we actually have someone who is on deck who is clearly one of us, that we are very familiar with, and someone we can work with.”

But a Clinton win may not mean the religious right players launch an all out civil war. “If Hillary wins, there will be an interregnum during which conservatives engage in the quadrennial ritual of organizing themselves into a circular firing squad,” Reed says. “That will be quickly followed by the more pressing need to oppose Hillary’s radical agenda, beginning with her Supreme Court nominee to fill the vacancy created by the death of Antonin Scalia, which will revivify social conservatives and engender a renewed spirit of unity and agreement.” Bauer agrees: “The threats to religious liberty will overcome some of the other things that tend to divide values voters because it is so fundamental to who those voters are.”

Others are less sure that a Clinton win is a uniting force against a new common enemy. “It is just going to be very difficult going forward, it is going to be really a hand-to-hand political combat to try to protect the freedoms that we have,” Perkins says. “People say, well because you’ll have this opposition, you will be able to coalesce more—that didn’t happen in the last eight years.”

And, the religious right is just one piece of a Republican Party that is simultaneously trying to determine its future. “If [Trump] loses, I think there will be a huge identity crisis in the Republican Party, and it is really hard to sort out,” Bauer says. “If you turn off values voters and working class America, you will have a party that is made up of a group of donors and a group of commentators. That won’t go far without actual voters.”

Two weeks after the election, some of the tribe will gather for a closed door confab of the Council for National Policy, the private group of conservative activists that last year attempted to rally evangelicals behind Ted Cruz, only to see Trump win their base. Still, Perkins insists that the Cruz selection was a success despite the loss to Trump—“We made more progress this time than ever before. … I actually think that is an accomplishment,” he says. Regardless of what happens on Election Day, the group will have plenty to discuss as they look to the future. 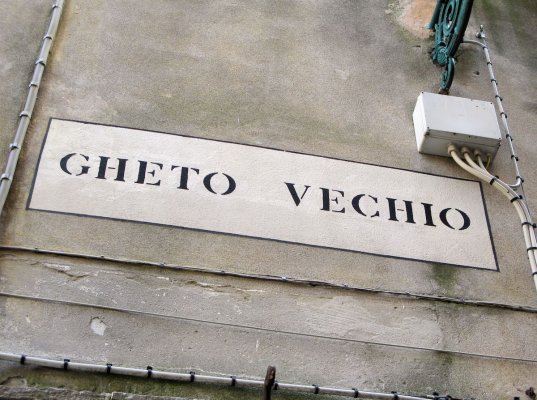 What Life Was Like in the World’s First Ghetto
Next Up: Editor's Pick