Kansas State University freshman Hunter Jobbins’s day took a downward turn last week when he returned to his car after a 15-minute jaunt to the dorms to discover that his Kit Kat candy bar had been stolen from right out of the cup holder—and, oddly, the thief had left an explanatory (but unapologetic) note for him. So Jobbins shared his bad luck on Twitter, where a sympathetic audience rocketed his post to nearly half a million likes. It even reached Kit Kat, and Hershey’s realized that Jobbins definitely deserved a break—and offered to replace his lost sugar high if he slid into their DMs.

Presumably, Jobbins did as requested, because a few days later he was repaid in full for his missing chocolate fix, and then some. Kit Kat deposited approximately 6,500 of the candy bars in his car on Thursday, according to representatives for the brand, giving him more than plenty to share around campus—which he did.

“When we heard about what happened to Hunter, we felt his pain,” explained Kit Kat senior associate brand manager Shilpa Gadhok. “That being said, we also deeply appreciate the ‘Kit-Napper’s’ sincerity in owning up to his craving—we can empathize… sometimes you just need a break.” 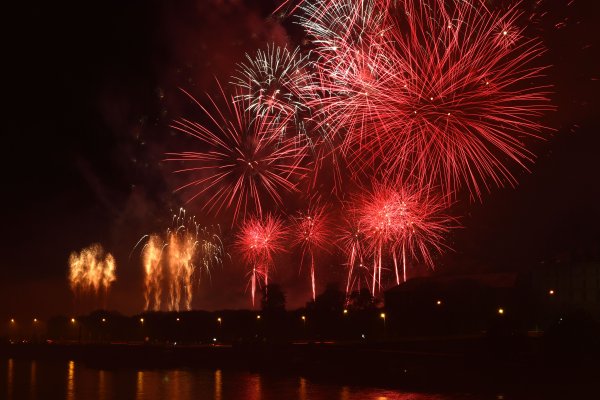 This Irish Family Scattered Their Dad's Ashes as Fireworks
Next Up: Editor's Pick