Good News: You've Got a Better Brain Than You Think

If babies could gloat, they would. The rest of us may have it all over them when it comes to size, strength and basic table manners, but brain power? Forget it. The brain you had at birth was the best little brain you’ll ever have. The one you’ve got now? Think of a Commodore 64—with no expansion slots.

That, at least, has been the conventional thinking, and in some ways it’s right. Our brains are wired for information absorption in babyhood and childhood, simply because we start off knowing so little. At some point, though, absorption is replaced by consolidation, as we become less able to acquire new skills but more able to make the most of what we do know. What’s always been unclear is just what that point is. When does our learning potential start to go soft? A new paper published in Psychological Science suggests that it might be later than we thought.

In the numerosity tests, people sitting at computer screens were flashed a series of images of large clusters of dots. Each cluster consisted of a mixture of two colors and the task was to select which color was more plentiful. That was easy enough when the ratio of one color to the other was 70-30, but it got harder as it went to 60-40, then 55-45, and finally 51-49. The challenge was made greater still since every screen was flashed for one fifth of a second. All of the subjects were tested three times—once at the beginning of the study, once three to seven weeks later and once nine months after that. And all were required to complete 12-minute practice sessions at some point before each test.

The relational reasoning part of the study followed a similar training and testing schedule, and involved subjects being flashed a screen filled with a three-by-three grid. The first eight boxes of the grid contained abstract designs that changed sequentially in terms of color, size or shape. The bottom right box was left blank and subjects had to choose which of a selection of images best completed the pattern.

Both puzzles are the kinds of things that routinely appear on tests of basic intelligence and predictably give subjects fits—not least because there aren’t exactly many occasions outside of the testing room that either skill has any real-world use. But numerosity discrimination and relational reasoning are basic pillars of our mathematical and logical skills, and the better you do at them the more that says about your overall ability to learn.

So how did the kids—with their nimble brains—do compared to the ostensibly more sluggish adults? Not so well, as it turned out. In the relational reasoning portion of the test, the 18 to 30 age group finished first over the course of the three trials, followed closely by the 15 to 18 year olds. The mid-adolescents—13 to 16—trailed at a comparatively distant third, with the 11 to 13 year olds last. In other words, the results were exactly the opposite of what would be expected from traditional ideas of learning capability. In the numerosity discrimination, the order of finish was the same, though the improvement across the three trials was less for all groups, with only the adults and the older adolescents seeming to benefit much from the three practice sessions.

“These findings highlight the relevance of this late developmental stage for education and challenge the assumption that earlier is always better for learning,” said Knoll in a statement accompanying the study’s release.

The reason for the findings was less of a surprise than the findings themselves. Brain development is a far slower process than it was once thought to be, and neuroscientists know that this is especially true of the prefrontal cortex, which in some cases is not fully wired until age 30. This has its downsides: impulse control and awareness of consequences are higher-order functions that live in the prefrontal, which is the reason young adults are a lot likelier to make risky choices—cliff diving, drunk driving—than older adults. But learning lives in the prefrontal too, which means the knowledge-hungry brain you had when you were young may stick around longer than you thought.

“Performance on executive function tasks undergoes gradual improvement throughout adolescence,” the researchers wrote, “and this might also contribute to improved learning with age.”

Ultimately, the brain—like the muscles, joints, skin and every other part of our eminently perishable bodies—does start to falter. The good news is, it’s a tougher organ than we thought it was, and it’s ready to learn longer. 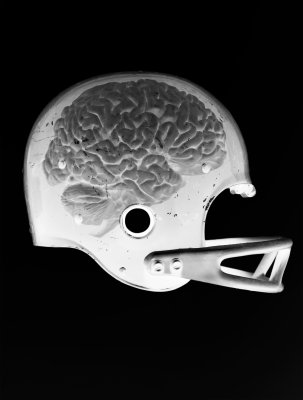 How One Season of Football Affects a Child’s Brain
Next Up: Editor's Pick