Today’s Google Doodle is celebrating what would be the 100th birthday of Walter Cronkite, the legendary broadcast journalist that TIME described as ‘The Man With America’s Trust,’ following his death in 2009.

Cronkite was an even-keeled news reporter and reader, affectionately known as “Uncle Walter” to the American public. After serving as a war correspondent in World War Two and working for United Press in Europe after the war (reporting from Nuremberg and Moscow), Cronkite returned to the States and joined CBS’ fledgling TV news operation. Following an ill-fated stint as a morning-show host, he became a fixture of CBS political coverage and began hosting the evening news in 1962.

“Walter has an almost messianic turn of mind. He feels so much responsibility; he feels that if he doesn’t get it right, nobody else is going to get it right,” one of his writers told the Washington Post on Cronkite’s retirement in 1981. “And that is the reason he is number one. People know that Walter Cronkite would never lie to them. Never. Because it is his religion.”

Previously, Google’s Nov. 4 doodle has celebrated the 20th anniversary of the Wallace and Gromit characters, the 40th anniversary of Sesame Street and the 84th birthday of Shakuntala Devi, the Indian writer and mathematical prodigy known as the “human computer”. 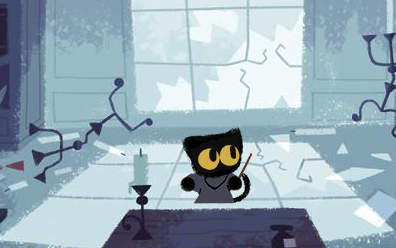