President Obama swept the Sunshine State on Thursday, delivering two speeches to young voters in Northern and Southern corners of the state. The speeches were four hours and about 400 miles apart, but the message was the same—the outcome of the election could depend on the decision of Floridians.

“Five days, Florida,” Obama said from a podium at the University of North Florida in Jacksonville. “Five days before we decide the future of America.”

Obama delivered his usual lines, hitting Trump on his business practices, his temperament. A man you can “bait with a tweet,” he said, isn’t fit to be president. How could Trump, a man who he says has spent his life hobnobbing with rich and famous, be a champion for working people? Obama asked, again. “We teach our daughters that women are full and equal citizens,” Obama said, not grade them on “scales of one to ten.”

“Who you are, what you are, it doesn’t change after you occupy the Oval Office. It magnifies who you are,” he said. “Because you have more authority, you can act on who you are.”

The president has spent the week vilifying Trump and championing Democratic Presidential nominee Hillary Clinton, bouncing from swing state to swing state to paint the GOP candidate as a threat to the United States. He’ll continue stumping for Clinton up until Monday, when he makes an appearance in Philadelphia with the First Lady, former President Bill Clinton, and Secretary Clinton.

Obama’s messages have been delivered in swing states, but they’ve also targeted the so-called coalition of voters that helped carry him to victory in 2008 and 2012. It’s a bold statement from the president and one that’s drawn the attention of Donald Trump, who asked Thursday why the president wasn’t “back in the office working.” The White House said Thursday the president is on the trail because he has strong feelings about the stakes in the campaign and the fact that Republicans have said they would nix his policies if elected.

“This is a moment when, after eight years, the American people can judge his record,” White House spokesman Eric Schultz told reporters on the way to Jacksonville.

In Miami on Thursday, the President told a crowd of students at Florida International University that although his name is not on the ballot, his policies are, in his pleas for millennials to vote early for Clinton. He called on students who may have marched for criminal justice reform, fought for immigration reform or pushed lawmakers to care more about the environment to make their voices heard.

“You know, there are times where history is movable. Where you can make things better or worse. This is one of those moments,” Obama said in Miami. “And it’s in your hands. This incredible power that each of you have.”

At both stops, President Obama also pushed voters to elect Democratic lawmakers to Congress so that Clinton could potentially avoid the “gridlock” of parts of his two terms in office.

Just five days out from Election Day, polls show that the race is gearing up to be an extremely tight one in the Sunshine State. Early voting reports have shown more Republicans than Democrats in the state have already voted. The Tampa Bay Times reported that as of Wednesday Republicans had cast 17,000 more votes than Democrats so far in the early voting period. In Jacksonville, President Obama urged the audience to encourage their family members—including the infamous “cousin Pookie”—to head to the polls.

“The only thing left to do is vote,” Obama said. 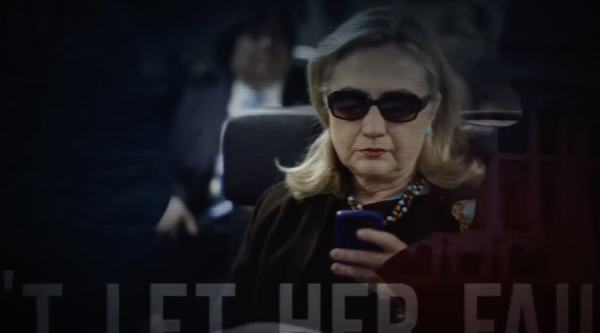 Watch the 10 Most Notable Campaign Ads of 2016
Next Up: Editor's Pick