The Election Is Driving You Insane. So Here Are 5 Good News Stories From Around the World

People take part in a celebration after Michel Aoun elected as a President during the Parliamentary session, in Beirut, Lebanon on Oct. 31, 2016.
Ratib Al Safadi—Anadolu Agency/Getty Images
By Ian Bremmer

Sick of Hillary Clinton and Donald Trump? Of course you are—and so are we. But while America’s election is forcing us to examine the less attractive aspects of our human nature—and our political system—there are still plenty of good news stories in the world. Here are five to keep in mind as Election 2016 staggers toward the finish line.

Let’s start with the most recent bit of good news. After 29 months without a president, political compromise was finally reached in Lebanon this week with parliament’s election of Christian leader Michel Aoun as president. This in turn paves the way for moderate Sunni leader Saad Hariri to be elected prime minister and form a government. Electing a president and prime minister doesn’t usually qualify as good news by itself, but when you’ve failed 45 times to pull it off, it does.

Lebanon is plagued with some of the most dysfunctional politics in the Middle East. Much of that has to do with complex demographics (the country is about 40 percent Christian, 27 percent Sunni and 27 percent Shia), and some of that has to do with regional geopolitics: Bitter rivals Iran and Saudi Arabia, representatives of Shia and Sunni Islam respectively, frequently encroach on Lebanese politics. But given the multiple fires burning in the neighborhood (Syria, Iraq and Yemen, in particular), both powers have focused their energies elsewhere, allowing consensus to emerge in Lebanon and politicians there to focus on governance for the first time in three years. Political stability should finally attract some foreign investors and boost consumer confidence, kick-starting economic growth. This is one of the most promising stories in a dark Middle East.

But not the only one. The UAE is proof that life is possible in a post-oil era; it just takes some good planning and foresight. While the UAE still depends on oil to fund roughly 30 percent of the economy, Abu Dhabi has been strategically building its fiscal reserves and political capital to undertake difficult fiscal reforms, unlike some fellow oil-producing nations, such as Saudi Arabia. Dubai, the country’s rising economic star, went from relying on oil for 35 percent of its GDP in 1990 to less than 1 percent by 2010. The UAE has also been proactive in cutting government subsidies and trimming bureaucracy, fiscal belt-tightening not often seen in this part of the world.

Maybe the best reason to be bullish on the Emirates, though, is its stable succession outlook. While UAE President Khalifa bin Zayed Al Nahyan has stayed out of the public eye because of his ill health, crown prince Mohammed bin Zayed has used the time to gradually consolidate his power and popularity. He effectively runs the federation and Emirates already; when the time comes for political change, the UAE will be ready.

Lost in yet another “Africa Rising/Africa Sinking” debate is the genuinely good news story coming from Kenya. It starts with stability within the ruling coalition, making for a relatively smooth reelection path for President Uhuru Kenyatta next year. Electoral reforms have also vastly improved perceptions around the election, a big deal considering that 2007’s contentious vote left more than 1,000 people dead.

Read More: No, This Election Is Not a Rorschach Test

A decidedly less sexy but no less important development: monetary policy management is finally on track under central bank governor Patrick Njoroge—a former IMF official—stemming inflation and maintaining shilling stability. These improvements are supported by a $1.5 billion stand-by facility with the International Monetary Fund that the Kenyatta administration continues to nurse as a buffer, just in case there are any external economic shocks coming down the pike. That’s just smart. True, Kenya has some real terrorism worries, with soft targets along the Somali border remaining highly vulnerable. But when worries about violence associated with terrorism supplant worries about violence associated with democratic processes, that’s a step in the right direction.

Panama’s current president Juan Carlos Varela is focused on improving transparency and rooting out corruption, both of which were particular weaknesses of his predecessor, the erratic Ricardo Martinelli. The Panama Papers in particular have increased the government’s transparency to staunch the enormous reputational costs associated with the country’s critical—and compromised—financial services sector. The Panamanian government has also improved its fiscal policy under Varela, in large part by curbing government spending and targeting subsidies to maximize impact and efficiency.

Then there’s the big expansion of the Panama Canal, a $5.4 billion investment expected to help boost annual revenues by $350 million in just one year. Of course, Panama’s reliance on the Canal and the six percent of worldwide trade that passes through it every year makes the country very vulnerable to any slowdown in global trade flows. But Panama will pass through that lock when it gets there; for now, it is one of Latin America’s best stories.

Read More: This Powerful Photo Project Shows How This Election Will Impact Women

Finally, let’s wrap up with probably the best (only?) good news story coming out of Europe these days. Decades in the making, the reunification of Cyprus is now closer than ever after a sustained effort to hammer out a potential settlement rejoining the Turkish-Cypriot north with Greek-Cypriot south. Given the main claimants involved, that’s pretty impressive. Turkey is convulsing. So is Greece, albeit for different reasons. But both countries represent some of the worse trends going on in global macro politics at the moment, from economic mismanagement to political instability to immigration woes.

Despite all that, Cyprus find itself a stone’s throw away from resolving one of the world’s longest-running and most bitter disputes. Expect an announcement soon of a multi-party international conference outside of Cyprus (Switzerland was tailor-made to host these sort of things) by the end of this year and dual referenda in the first half of 2017, both of which are expected to pass. Europe needs a good news story at the moment; so does the rest of the world. 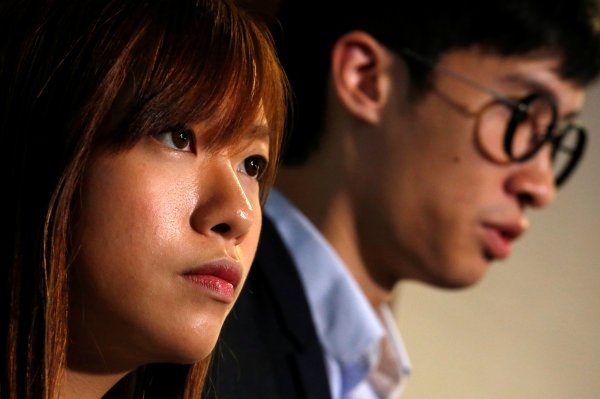 Hong Kong: China Will Intervene over Legislature Controversy
Next Up: Editor's Pick