What to Know About the Brexit Ruling Against the U.K. Government

The U.K.’s High Court ruled on Thursday the British government must receive approval from Parliament to begin the process of withdrawal from the European Union, a move that could significantly disrupt the progress of so-called Brexit.

The ruling comes as a bitter blow to the government of Prime Minister Theresa May, which had argued the triggering of the mechanism that puts Brexit into motion did not need to be approved by lawmakers. Lawyers for the government will now appeal the ruling in the U.K.’s Supreme Court.

Here’s a quick guide to the biggest obstacle yet placed in Brexit’s path:

Does this mean Brexit is doomed?

No. The ruling merely makes it harder for the government to trigger Article 50, the section of the relevant E.U. treaty that allows for countries to leave the 28-nation bloc. May said in October that the government would notify the E.U. of Article 50 before the end of March next year, formally starting a two-year process of leaving. This ruling throws that timeline into doubt, and threatens to undermine May’s negotiating position with E.U. leaders over the terms of departure.

What was the nature of the legal challenge?

The British government had argued that Article 50 could be triggered under the so-called royal prerogative, by which it has exercised executive power on issues of foreign policy for centuries.

Lawyers for the anti-Brexit campaigners who brought the case argued that, since withdrawing from the E.U. would affect their domestic legal rights, the royal prerogative should not apply, and lawmakers in parliament should be asked for approval.

The court sided with the plaintiffs, concluding that the government “does not have power under the Crown’s prerogative to give notice pursuant to Article 50 of the [E.U. treaty] for the United Kingdom to withdraw from the European Union.”

So now MPs will get to vote on Brexit?

Yes, if the ruling survives the appeal process. The Supreme Court will rule on the government’s appeal in early December. If that fails, the government could escalate its appeal to the European Court of Justice — but that would be a supremely ironic move, given Britain is currently seeking to escape its jurisdiction. If the Supreme Court ruling goes against the government, May will face enormous pressure to drop the challenge and give parliament a vote.

How will lawmakers vote?

That’s an interesting question. In the buildup to the E.U. referendum, a large majority of Members of Parliament across the various parties were in the “Remain” camp. If the parliamentary vote had been held before the referendum, it undoubtedly would have been in favor of staying in.

But the public has now spoken, and MPs will be under pressure to reflect the will of their constituents as opposed to what they personally feel about Brexit. This is especially the case for the opposition Labour Party, whose constituencies voted 70%-30% to leave the European Union in spite of the party’s near-unanimous support for Remain.

Lawmakers could, however, use a requirement for a vote to pressure the government to seek a “softer” Brexit — maintaining access to the European single market, for example, or even allowing free movement across borders. This would certainly undermine the position of the Conservative government, which wants a clean, sharp break from the economic and political bloc.

The government issued a terse statement saying it would appeal the ruling. Elsewhere, it has provoked sharply different reactions from Remainers and Leavers. Nigel Farage, leader of the U.K. Independence Party, warned on Twitter the ruling would open the door to a “betrayal” of the popular vote:

David Davies, a Conservative Party MP who campaigned fiercely for Brexit, railed against the “unelected judges” perceived to be undermining democracy

A spokesperson for Jeremy Corbyn, leader of the Labour Party, said the ruling “underlines the need for the government to bring its negotiating terms to Parliament without delay.” Tim Farron, leader of the anti-Brexit Liberal Democrats, went further, saying this would allow Parliament to form a consensus on what Brexit should look like before again putting it to the people:

What must May do now?

Cross her fingers and hope the Supreme Court overturns the ruling. Negotiations will surely now begin behind the scenes, however, on what exactly a parliamentary vote on Brexit might look like if the appeal fails, and when it might happen.

May might also rethink her repeated refusal to call a snap general election, if it looks as if the process will be drawn out beyond March. Her government has only a slim majority of 15 seats, meaning Tory rebels who favor a softer Brexit could easily engineer a parliamentary defeat. Almost every projection sees her gaining a much larger majority in a future general election, which would make a Brexit vote far easier to win. 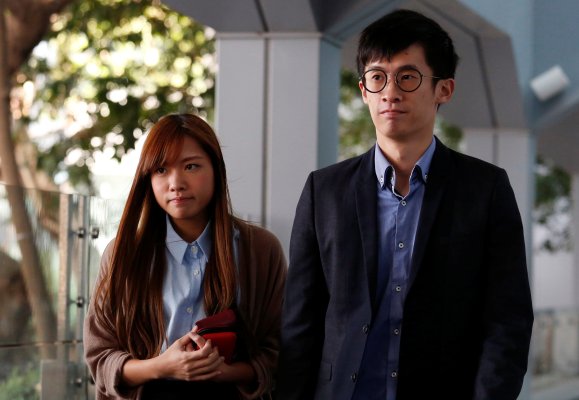