Broadcast television has the highest percentage of LGBTQ characters ever this year, a new survey found.

Of 895 series regular characters on broadcast TV, 43 (4.8 %) were identified as LGBTQ, along with an additional 28 recurring LGBTQ characters, according to GLAAD’s annual “Where We Are on TV” diversity survey. That’s the highest percentage of LGBTQ characters in the 12-year history of GLAAD’s tracking.

But “numbers remain only part of the story,” GLAAD president and CEO Sarah Kate Ellis cautioned.

“For all the advancement made, many LGBTQ characters still fall into outdated stereotypes or harmful tropes,” Ellis wrote in the survey.

The stereotypes include the tendency to kill off LGBTQ characters—throughout 2016, more than 25 queer female characters have died on TV.

“Most of these deaths served no other purpose than to further the narrative of a more central (and often straight, cisgender) character,” Ellis wrote. “When there are so few lesbian and bisexual women on television, the decision to kill these characters in droves sends a toxic message about the worth of queer female stories.”

According to Ellis, there is much more work to do to “ensure fair, accurate, and inclusive stories.”

“It is not enough for LGBTQ characters simply to be present on screen; they must be crafted with thought, attention and depth,” she wrote. 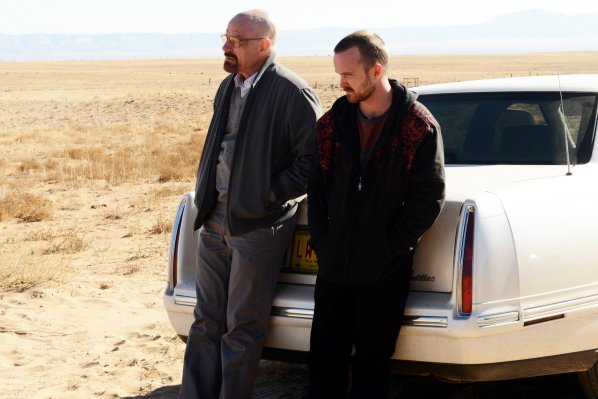 This Breaking Bad-Walking Dead Theory May Blow Your Mind
Next Up: Editor's Pick