A Couple of Pranksters Crashed a North Korean Golf Tournament

Morgan Ruig and Evan Shay are not professional golfers. This did not stop the Australian duo from signing up as the Australian representatives in the 2016 North Korea Open.

The two pranksters had been playing in a polo match in Beijing when they decided on a whim to try to enter the golf tournament, which is held at a Pyongyang golf course. “We’d just come out of a long lunch, our mate actually did the online application form and they got back to us the next day saying we were in,” Mr Ruig told Yahoo Sports. “I don’t think there was much due diligence done on [North Korea’s] end.”

It wasn’t a risk-free joke. “We were very nervous handing our passports over at the border. There are stories of people not coming home,” Mr Ruig told the Courier-Mail newspaper. Instead, the Australian pair were taken on a chaperoned tour of the capital and lauded as Australia’s golf envoys—until the duo hit the course and their golf skills were found lacking.

“I hit 120 and my caddie told me I had bought great shame to my family,” Ruig said according to the BBC. “We played very poorly… but we met some very interesting people.”

As non-professional golfers, it’s no surprise that Ruig and Shay completely tanked in the competition, but they didn’t come in last. The only competitor who fared worse than them was the Nepalese ambassador’s 15-year-old daughter, according to Yahoo Sports. 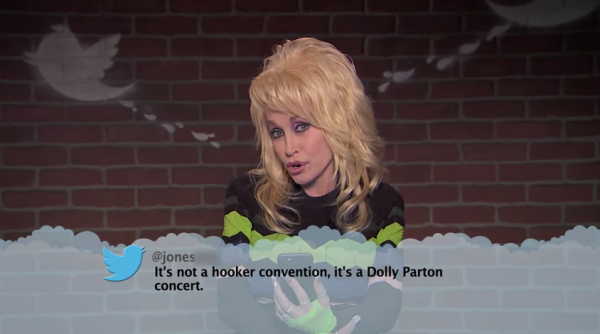 Watch CMA Stars Get Burned Reading Mean Tweets About Them
Next Up: Editor's Pick