J.D. Vance on Why Life Might Get Worse for the White Working Class

How did we get to a point where the white working class feels so disconnected from the rest of the country?

If you’re white working class, it’s very easy to caricature the elites, and if you’re elite, it’s very easy to caricature the white working class. The increasing segregation we have in our country geographically and culturally has led to these pretty monolithic views of different classes of people, and because of that, we’ve lost a certain amount of cultural cohesion.

How has this election laid bare some of these fractures?

The white working class is really frustrated with Republican elites, not just Democratic elites. So one of [Donald] Trump’s real sources of strength is not just that he took the fight to the elites in an abstract way, but that he was the one guy on a stage of 16 candidates who really seemed culturally disconnected from the other candidates.

Do you think that running against the concept of political correctness has helped Trump?

It gives people something to really grab on to and say, “I identify with that guy.” Even if I don’t identify with where he came from, or with his inherited money, he conducts himself in a way that I might conduct myself if I were talking about politics among family and friends.

In your book, you talk about how your grandparents had an unshakable faith in the American Dream. Do you think that sense of optimism has been corroded?

People have lost their faith that if they work hard, if they try to get ahead, if they play by the rules, then that will ultimately result in positive outcomes.

How does Trump’s idea of a “rigged” election play into that pessimism?

I don’t know that the rigged-election stuff plays into the pessimism around their economic prospects so much as it plays into their pessimism that other people are setting the rules.

What’s the danger of continuing on this path of disenfranchisement?

Are you optimistic that this group will be brought back into the fold?

I’m a little pessimistic, honestly. I see the way Republican and Democratic elites are primed to react. On the Republican side, it’s a “See, I told you so.” On the Democratic side, it’s “Look at those racist rednecks, they nominated their candidate and now he’s going down in flames, and we’re going to spend the next four years moralizing.” If that’s the direction, then I think the white working class is going to become more isolated and all of the problems we’ve talked about just become bigger.

What needs to happen to bring them back into the economy?

Policies that promote better wages and better jobs would be super-helpful, and I’m a big fan of programs that encourage people to go where jobs are.

What should the next President do to reach the white working class?

Recognize that you’re not talking to somebody who’s especially optimistic about their future. You’re talking to somebody who feels very afraid about what’s next. Just being sympathetic and cognizant of that fear is very powerful and has been a big part of Trump’s appeal. [And if Hillary Clinton wins], instead of castigating half of Trump supporters as a “basket of deplorables,” a better strategy is to recognize that most people have offensive views about one topic or another, and that folks are a lot more complicated than deplorable or not deplorable. Trump’s biggest failure as a political leader is that he sees the worst in people and he encourages the worst in people. 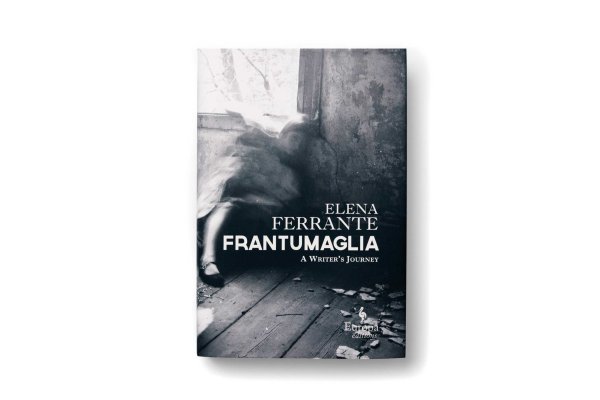 The Real Elena Ferrante Surfaces—In Books
Next Up: Editor's Pick