As President Barack Obama enters his final months in the White House, he is clearly looking to burnish his legacy. But there is no sign he will be able to tackle one of the largest financial issues facing the country: shoring up Social Security.

“We’ve had eight years of lost opportunity to make Social Security structurally sound,” says Maya MacGuineas, president of the Committee for a Responsible Federal Budget (CRFB), a nonpartisan nonprofit dedicated to educating the public on fiscal issues. And even after Obama leaves office, the funding problem will likely continue–neither of the presidential candidates has offered a detailed Social Security reform plan. The topic has been barely discussed this election cycle.

Social Security was designed as a pay-as-you-go program, in which taxes paid by current workers pay benefits to retirees and other recipients. But since 2010, it’s been running at a deficit, with tax revenues falling short of the benefits being paid out. Unless changes are made, a moment of reckoning will arrive in 2034, when the program’s trust fund is projected to run out of money, according to the latest Social Security trustees report. At that point, Social Security will be able to pay only about 80% of scheduled benefits.

Given that most Americans have little money saved for retirement, a 20% drop in benefits would further jeopardize the financial security of many seniors. Today some 60% of Americans age 65 or older rely on Social Security for 50% or more of their family income–the average payment is a modest $1,300 a month. For some 33% of families, the benefit makes up 90% to 100% of their income.

There’s a lot at stake for the overall federal budget as well, since entitlement programs are grabbing a larger and larger overall share of federal expenditures. Social Security alone accounts for $1 out of every $4 spent, and Medicare and Medicaid spending make up another 25%. Together these entitlement programs account for most of the future growth in spending, not including interest payments on debt, says MacGuineas.

The surge in Social Security spending is chiefly driven by the aging of the U.S. population. The leading edge of the baby-boom generation of 75 million began heading into retirement just as Obama took office. Back in 2009, the nation’s worker-to-retiree ratio stood at 3.0 to 1. Today, with more boomers having exited the workforce, the ratio has dropped to 2.8 to 1, and by 2035 it is projected to shrink to 2.1 to 1.

The slow-growth economy has also played a role in the shortfall. Wage growth for middle-class and lower-income workers has been mostly flat over the past decade, which has damped payroll tax revenues.

On the surface, Social Security appears easy to fix: a simple combination of tax increases, payroll adjustments and perhaps another rise in the retirement age. But nothing involving money in Washington is simple, and all three changes would hit American pocketbooks hard and fast. “Given the extreme polarization today, it would be hard to get consensus on Social Security,” says William Hoagland, senior vice president of the Bipartisan Policy Center. “And politicians have had little incentive to tackle the problem.”

But time is starting to run out. To close the Social Security funding gap today, payroll taxes would have to rise by 21%, or benefits would need to be cut by 16%, according to CRFB research. Deferring the problem will only raise the costs.

Still, if history is any guide, it will take a crisis before changes are made. The last time that happened was in 1983, when the program faced an immediate disruption in benefits. Congress reached a bipartisan compromise that cut benefits and raised payroll taxes, with many of those changes phased in over decades. “It’s easier to accept major reforms if they are made gradually,” says Eugene Steuerle, a fellow at the Urban Institute.

All of which leaves a huge challenge on the desk for whoever becomes the next President. Hillary Clinton favors expanding the program by offering credits to people who drop out of the workforce to care for family members. To pay for this, she has mentioned only raising the ceiling on income subject to the payroll tax (which is $118,500 now and scheduled to rise next year to $127,200) and increasing taxes on wealthier Americans. Donald Trump has not offered specific plans to help fund Social Security beyond promising faster economic growth.

The lack of attention to retirement issues during this election cycle is worrisome. If the next President doesn’t move Social Security to the top of the priority list, it means that sharp benefit cuts and tax hikes look more inevitable. Let’s hope that doesn’t happen. The future of millions of Americans depends on saving Social Security. 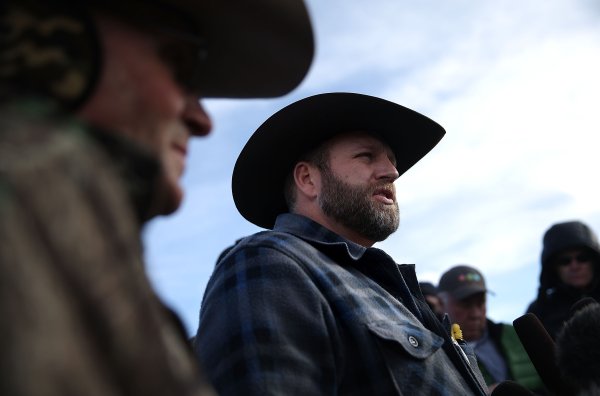 The Bundy Brothers Are a Crystal Ball Into Trump-Style Revolution
Next Up: Editor's Pick