Earlier this year, Sean Parker—Napster founder, Facebook funder, and serial disruptor—launched his latest and most ambitious project to change the world. With his own $250 million gift, he created the Parker Institute for Cancer Immunotherapy, to well, hack cancer.

That may sound like a worthy, if ridiculously naive aim from a tech billionaire. But this wasn’t just a well-minted philanthropist throwing money at a cause. This was a project in which Parker himself was fully and deeply engaged: For years, he steeped himself in the science of immunology (renowned cancer researcher Jim Allison compares Parker to “an advanced post-doc”); he made friends with the field’s leading scientists (like Allison); and he studied and identified the flaws of the drug development system. Perhaps, most spectacularly, he got six of the nation’s most revered cancer hospitals—from Memorial Sloan-Kettering to Stanford—to sign an agreement to pool and share their collective intellectual property, a promising and unprecedented level of collaboration in a field that has long been hindered by its competitive, non-cooperative approach.

But Parker’s involvement didn’t stop with the launch of the institute. He attends the center’s meetings and he remains fully engaged in its work. His ongoing involvement in the Institute was one of the reasons his esteemed partners were willing to participate, he said at Fortune’s Brainstorm Health conference in San Diego on Wednesday.

In that way, says Parker, his institute represents a new brand of philanthropy—that of his fellow tech moguls, who approach problems with a “hacker phenotype.”

He says of this ilk: “They come with an intellectual self-confidence, the feeling that you can take on really complex challenges if you put your mind to it. And these are people who have been validated in thinking that way.”

He adds that their approach to philanthropy will be more hands on and that that’s a good thing. “As they approach these problems, they bring a tech-driven mindset that is going to be useful and this intellectual confidence that gives them the ability to enter these fields and to engage on an intellectual level and not just as a donor.” 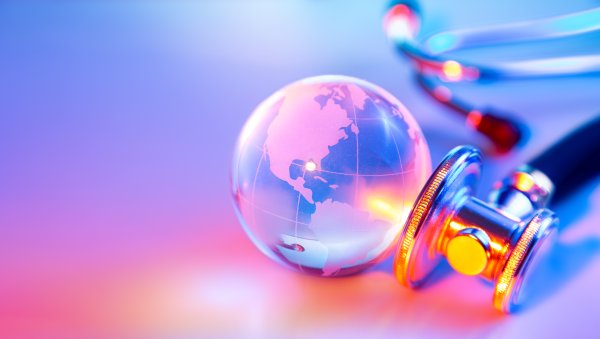 Three Futuristic Health Sensors That Could Save Lives
Next Up: Editor's Pick