The good: Customizable design, Google Assistant helpful for answering questions and translations, Offers concise and clear answers
The bad: Limited smart home compatibility, Doesn’t support many apps yet
Who should buy: Those who really care about having Google’s search engine at the tip of their tongue and want little else.

For about as long as I remember using the Internet, Google has been my encyclopedia, study aide, tour guide, news curator, and more. Given that Google processes more than two trillion searches per year, it’s likely safe to say many Internet users around the world have a similar relationship with the search engine.

Google is now looking to deepen our collective reliance on its search prowess by taking up residence in our living rooms, nightstands, and kitchens. Google Home, an Internet-connected speaker that can answer questions, play games and music, and control your other smart devices begins shipping Nov. 4.

Google Home is the second big bet by a technology firm that consumers crave a sort of “digital butler” ready at beck and call. The $129 Google Home comes after Amazon’s $179.99 Echo, a similar device, became a surprise hit after launching two years ago.

The big difference between Google’s Home and Amazon Echo is the artifical intelligence software powering them. Home runs Google’s newly developed Assistant, essentially a superpowered version of its Siri-like Google Now virtual aide, and which Google pitches as “your own personal Google.” Amazon’s Echo, meanwhile, uses the e-commerce giant’s Alexa AI, which has improved notably in recent months.

The similarity between the devices demands a direct comparison. So I replaced my Amazon Echo with the Google Home for the past several days to learn how the two differ. Overall, I found that Google Home is smarter at answering questions and providing helpful, digestible responses, while Echo makes it easier to shop (no surprise, being an Amazon product) and benefits from a range of third-party apps.

Here’s a closer look at my experience with the Google Echo.

In terms of appearance, Google Home fits more naturally into the living room than Amazon’s Echo. With its wider base and slightly sloped top, the Home looks like an air freshener or vase, helping it blend in more seamlessly than Amazon’s tall and narrow Echo.

Both devices have a futuristic look about them. Four colored dots illuminate on the top of the Home after you say the “Ok Google” trigger phrase, indicating the device is ready for your question or command. Similarly, the Echo’s rim will begin to glow blue after it hears its “Alexa” wake word.

Two key characteristics visually differentiate the Google Home from the Echo. First and foremost, the Home is customizable. The base twists off like a jar lid, making it possible to pop on a different bottom in a new color. (During my time reviewing the Home, I swapped between purple and gray bases.)

Google also embedded a touch panel in the top of its Home speaker, which means you can adjust the volume or pause a song by tapping and swiping the Home, in addition to using voice commands.

The Google Assistant vs. Amazon Alexa

Google Home‘s headlining feature is its ability to answer questions and help you manage daily tasks. In most cases, the Assistant was able to deliver clear and concise answers when asked basic queries, such as requests for nearby restaurants, historical facts, cooking tips, and sports scores.

Google’s expertise in areas like search, transportation, and translation clearly help make Home better at answering questions related to those topics. The Google Assistant was able to tell me how long it would take to walk to the nearest Target (It doesn’t yet offer public transportation advice), how to say “food” in Chinese, and how long I should bake chicken breasts for the best results. When trying to get the same answers from the Amazon Echo, Alexa told me it couldn’t pronounce words in Chinese or find the answer to my question about cooking chicken. Although Alexa wasn’t able to give me walking directions to my local Target, it was still able to tell me where it’s located and how many miles away it is from my home. Both the Google Assistant and Amazon Alexa were able to give me traffic updates before heading out to work.

I found that Google’s answers were brief but informative, and in several cases clearer than the Echo’s. Amazon’s speaker would sometimes offer long-winded responses that were more difficult to process, which defeats the purpose of using a voice-enabled assistant rather than my smartphone.

That said, Amazon’s Echo can do a wider variety of tasks. That’s because it’s compatible with a broader array of smart home devices and has its own catalog of apps, which Amazon calls “skills.” Alexa currently supports more than 4,000 skills, including those which let you order a pizza from Domino’s, check your account balance at Capital One, and find airfare estimates from Kayak. The Echo also works with music services like Spotify, Pandora, and, of course, Amazon Music. Being an Amazon device, it’s also helpful for adding items to your shopping cart, handy when you’re running periously low on paper towels or ketchup.

That’s much more than what Google has to offer by way of third-party features. Google Home works with a small smattering of smart home gear, in addition to Google-made devices like the Chromecast. Home also works with recipe platform IFTTT and Uber, and can stream media from Play Music, YouTube, Spotify, Pandora, and TuneIn. The Echo is a little louder than Home, but both offer perfectly adequate audio quality.

Google’s Home, however, was often better at answering specific questions. For example, I was able to ask it how to get a stain out of fabric, and it gave me a clear answer. Amazon’s Echo wasn’t always able to answer these kind of queries on its own, making me use third-party skills instead. At that point, it was quicker to use my smartphone.

The Google Home is a promising first effort that demonstrates how the company can bring its search prowess to the living room. But it’s difficult to recommend it over Amazon’s Echo at this point, which offers a wider feature set. If you’re a heavy Google user and you want a smart speaker for finding quick answers and helping to manage your schedule, Google Home will serve you fine. Others, however, should hold off until the Home is more powerful. Buy here 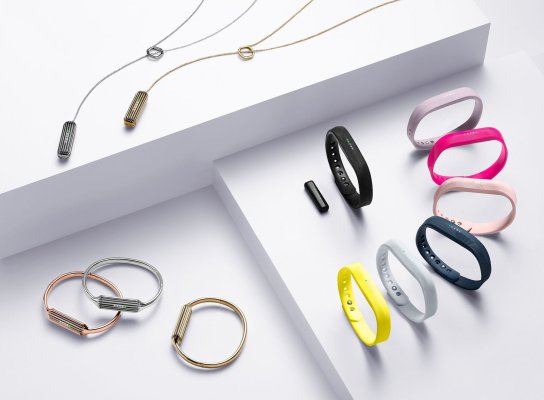 Review: Fitbit's Flex 2 is a Solid Exercise Tracker With Some Limitations
Next Up: Editor's Pick