Tommy Hilfiger wants to set the record straight about his feelings on model and business collaborator Gigi Hadid.

The designer spoke with Yahoo! Style Wednesday about his career and relationship with the model. The two launched a new clothing line in September, called Tommy x Gigi. However, that partnership almost didn’t happen because of some disagreement about her look during New York Fashion Week in 2015.

While it was the casting director, not Hilfiger, who made the disparaging comments about Hadid’s appearance, the story made headlines earlier this week.

“The casting people put Gigi in the poncho, and I was not happy,” Hilfiger said to Page Six Wednesday evening. “I was saying, ‘Don’t hide her body.'” He added: “The suggestion that I thought she wasn’t thin enough upsets me to no end. Gigi is the epitome of perfection.” In the end, however, the poncho ended up being the best selling item from his collection that season.

Thankfully, Hadid has in the past been able to weather criticism about her body. In an interview for Vogue’s podcast in July, Hadid said that as difficult as it can be to deal with comments about her appearance, she tries not to let it affect her self-worth. “I never didn’t like my body. I was very athletic. I was proud of why my body was the way it was.” 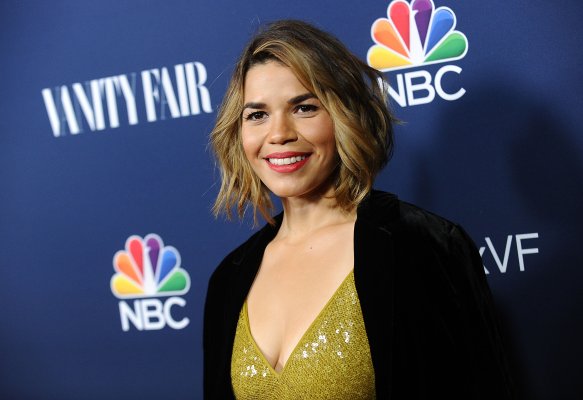 America Ferrera: 'Hillary Clinton Thrills and Inspires The Hell Out of Me'
Next Up: Editor's Pick