The U.S. Is Considering Ways to ‘Reroute' the Controversial Dakota Access Pipeline

President Obama on Tuesday said the federal government is looking into ways to “reroute” the Dakota Access pipeline after thousands of protesters, including many Native Americans, have expressed concerns and anger over the controversial project.

Obama said in an interview with NowThis that he believes the U.S. Army Corps of Engineers, which maintains the nation’s water and environmental resources, is currently “examining whether there are ways to reroute this pipeline.”

“We’re monitoring this closely,” he said. “My view is that there is a way for us to accommodate sacred lands of Native Americans.”

“We’re going to let it play out for several more weeks and determine whether or not this can be resolved in a way that I think is properly attentive to the traditions of First Americans,” Obama added.

Since plans to build the 1,200-mile pipeline—designed to transport crude oil from North Dakota to Illinois—were introduced, the Standing Rock Sioux tribe has vehemently opposed the project, which it says could harm the tribe’s water supply. The tribe also says it touches sacred burial ground. 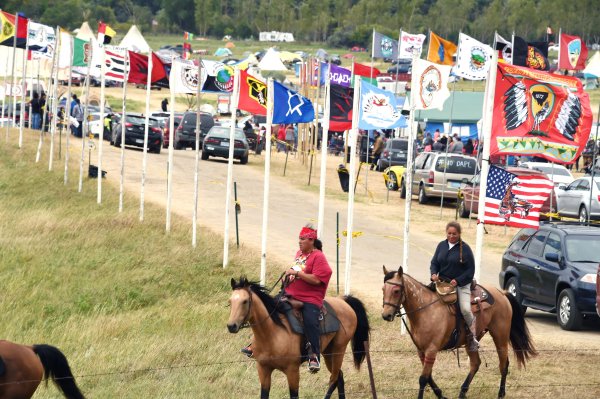