If you’re traveling by London tube, you might come across some hidden free book gems along the way: Emma Watson has been craftily placing 100 paperback copies of beloved writer Maya Angelou’s Mom & Me & Mom around the busy stations.

The Beauty and the Beast actor and U.N. Goodwill Ambassador heads up an open, feminist book club, called “My Shared Shelf”—and the Angelou autobiography is November’s read. To make it happen, Watson partnered with Books on the Underground, a “community project” that regular drops free books in unexpected spots around London’s tube network.

On her Instagram, Watson cheekily shared her secretive antics as she deposited the copies throughout stations and in train cars. And for those not lucky enough to snag a free autobiographies in London, they can always get in on the action by picking up our own copy and joining the book club conversation online.

Commuters have already started spotting and picking up the tomes, hidden in plain sight. They even get a handwritten note from Watson enclosed.

As to why Watson chose this Angelou work, the seventh in her series of autobiographies?

“Vivian Baxter [Angelou’s mother] cuts a fiercely unapologetic figure, imperfect but admirable, and we discover not just how she had a hand in Angelou’s evolution as a black woman but also in her feminist perspective, her independence and self-awareness, all of which contributed to her unique way of looking at the world and the way she expressed herself on the page,” she explained on Our Shared Shelf’s site, calling the book a “favorite.” 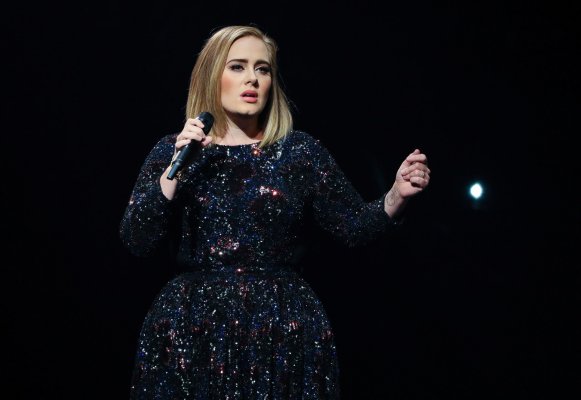 Adele Slays Halloween With Incredible 'The Mask' Costume
Next Up: Editor's Pick