This Is Why 'Pond Scum' Holds the Secret to Longevity

There’s more to pond scum than meets the eye.

Just ask Nobel Prize-winning scientist Elizabeth Blackburn, now the President of the Salk Institute, who earned her Laureate status, in part, for insights gleaned from that lowly life form.

Blackburn is famous for her work on telomeres—the chromosome-capping entities that protect genetic material as it replicates. Telomeres wear down over time, she discovered—and that erosion corresponds to aging.

She also discovered that telomerase, an enzyme plentiful in “pond scum,” but limited in humans, rebuilds telomeres and holds the secret to longevity.

Pond scum, she said, speaking at Fortune’s Brainstorm Health conference on Tuesday, is “an organism that multiplies forever and ever. We used to say, you could feed and talk nicely to it and it would multiply forever.”

It’s not so easy with human cells. Blackburn says telomerase can be a mixed blessing: while the enzyme allows the renewal of useful, necessary human cells—like blood cells—it also promotes the spread of cancer cells.

It will take more science to discover when telomerase becomes a danger, and how that knowledge might be used to improve health. For now, what we know about telomeres tells us a few basic things about how to live a longer life, says Blackburn, whose book, The Telomere Effect: The New Science of Living Younger, hits stores in January.

Her research has shown that people who exercise, sleep well, eat decent food, and keep a good attitude—“everything your mother told you,” she said—are more likely to preserve their telomeres and live longer. Her studies have also shown that long episodes of stress—dealing with a sick child, for instance—take a toll on one’s telomeres, and contribute to aging.

Of course, telomeres are only one piece of the puzzle, Blackburn explained. While the health of one’s telomeres correspond with longevity, it’s only one factor, she said. 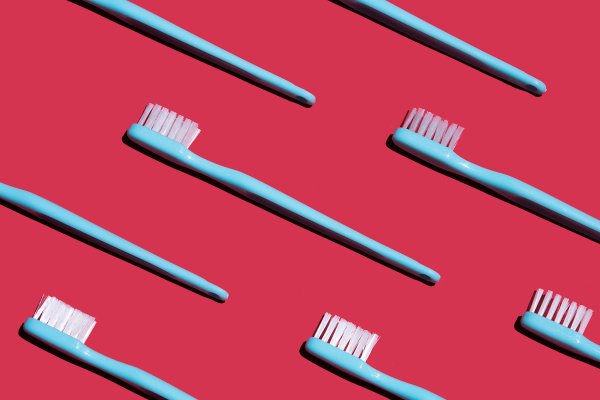 How a Teeth Cleaning Might Protect You From Pneumonia
Next Up: Editor's Pick