A woman whose slot machine said she won nearly $43 million in August was told that she would not receive her winnings because the machine malfunctioned.

Katrina Bookman took a celebratory selfie in front of the screen displaying a win of $42,949,672, and was subsequently escorted from the floor and told to return to New York City’s Resorts World Casino the next day for a decision.

When she came back, she was told the machine had a glitch and she hadn’t won anything. Instead of offering her the maximum amount that is supposed to be allowed on the machines—$6,500—the casino offered her a steak dinner. The state gaming commission told an ABC affiliate that it would be illegal to offer her the $6,500, noting that “malfunctions void all pays and plays.”

Bookman says the money would have meant a lot to her family. She was raised in foster care herself and experienced homelessness as a teenager before raising four kids on her own. She planned to use the millions to buy her son a barber shop and help out her community. 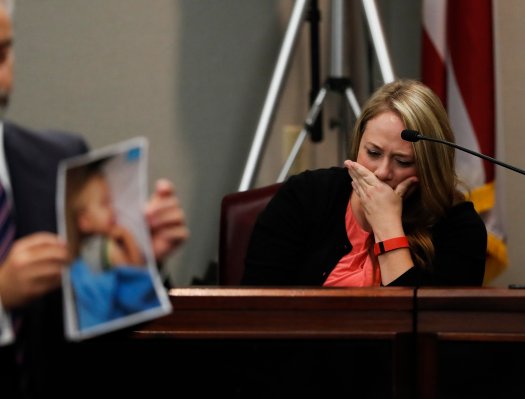 Mother of Boy Killed in Hot-Car Incident Says Ex 'Destroyed My Life'
Next Up: Editor's Pick