Orlando Shooter Omar Mateen’s Wife Speaks Out: 'I Am Human'

The wife of Orlando nightclub shooter Omar Mateen broke her silence since her husband’s deadly rampage in June, insisting in her first media interview that she was “unaware” of his plans and that she has been left broken by the tragedy.

Noor Salman, 30, told the New York Times that she has moved three times since the Pulse nightclub massacre to avoid media attention and sometimes finds herself too shattered to get out of bed. But now she wants to speak out to relay a message to the public: “I just want people to know that I am human. I am a mother,” she told the newspaper.

Salman recounted her abusive relationship with Mateen, whom she met on an Internet dating site in 2011. The two had a 3-year-old son together. The violence she recalled, which included him punching her and threatening her, is similar to the accounts Mateen’s ex-wife Sitora Yusufiy has described.

Still, Salman said she did not know what her husband had planned. “I was unaware of everything,” she said. “I don’t condone what he has done. I am very sorry for what has happened. He has hurt a lot of people. How can someone be capable of that?” 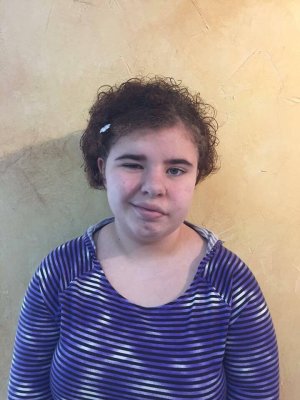 Girl, 11, Kills Self Over 'Relentless' Bullying
Next Up: Editor's Pick