Apple's Next iPhone May Have These 2 New Features

Apple’s next iPhone could get some features users had hoped to see this year.

The next Apple handset, believed to be known as the iPhone 8, could come with both wireless charging and a new display based on organic light-emitting diode (OLED) technology, the Nikkei is reporting. Both features were rumored for this year’s iPhone 7 but never came to fruition. Apple’s iPhone 7 requires a cord to be charged, and it has a liquid crystal display (LCD) instead of the newer, more vibrant OLED technology.

Speculation is running rampant over what Apple has planned for the 2017 iPhone. Next year is the 10th anniversary of Apple’s iPhone, which was originally released in 2007. Apple hasn’t delivered a major update to its iPhone since 2014, so many believe the 10-year-anniversary iPhone will be it.

Over the last several months, rumors have suggested that Apple would release an OLED-based iPhone display next year. Those reports say the entire iPhone face will be covered in glass, allowing users to tap around the screen anywhere they wish. The Touch ID fingerprint sensor, which currently sits below the iPhone’s screen, would be baked directly into the glass.

While Apple hasn’t confirmed that’s the case, Tai Jeng-wu, president of Sharp, which makes OLED panels, was speaking to students at Tatung University this week and said the iPhone is moving to OLED panels, according to the Nikkei. Tai didn’t say if his company would be manufacturing OLED panels for the iPhone. Previous reports have said both Samsung Display and LG Display are also in the running to produce OLEDs for Apple.

Offering an OLED screen would be an improvement for the iPhone, allowing it to offer customers a brighter display. The OLED is also exceedingly thin and flexible, stoking rumors that Apple will offer a curved display option in next year’s iPhone.

Meanwhile, the prospect of wireless charging could also prove appealing. Several Android-based competitors, including the Samsung Galaxy S line of devices, come with the ability for users to wirelessly charge their smartphones by placing them on a conductive pad. Some had hoped the iPhone 7 would feature wireless technology, but Apple decided against it this time around.

According to unidentified sources who spoke with the Nikkei, Apple is considering adding the feature to next year’s handset. The only possible hiccup, a source told the Nikkei, would be if manufacturers can’t produce enough wireless charging components in time for next year’s release. It’s believed that longtime Apple manufacturing partner Foxconn will produce the components for the iPhone, but it’s unknown whether wireless charging would come to all iPhone models next year or just one.

For its part, Apple has remained silent on its plans for the future and hasn’t even hinted that a new iPhone will be released in 2017. However, with the 10-year iPhone anniversary just around the corner and rumors mounting, it’s becoming increasingly likely next year’s iPhone will be the one customers had hoped to see this year.

Apple did not respond to a Fortune request for comment. 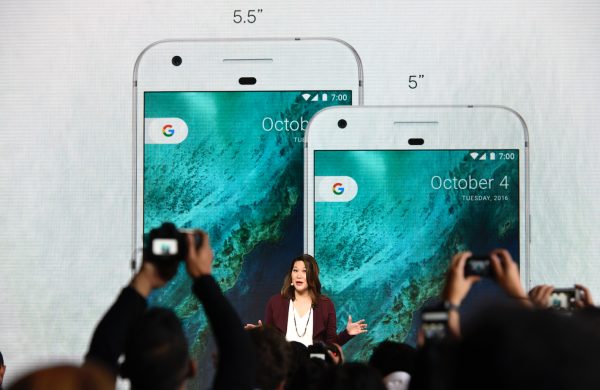 With Its Pixel Phone, Google is Declaring War on the iPhone
Next Up: Editor's Pick