If you find yourself wondering, when the credits roll after Doctor Strange, how the surgeon-turned-sorcerer fits into the future of the Marvel Cinematic Universe, you won’t have to wonder for long. As per usual, Marvel tosses in a post-movie scene—in this case a mid-credits scene—offering a hint as to when we might expect to see a red-caped Benedict Cumberbatch again.

The scene, which Den of Geek reports was directed by Thor: Ragnarok director Taika Waititi, has Strange sitting across from Thor (Chris Hemsworth) in the New York City Sanctum Sanctorum, of which the former is now master. Thor declines Strange’s offer for tea, instead producing a self-refilling beer stein, as the two prepare to talk business.

Strange informs Thor that he’s been keeping a list of possible threats to the world, and the long-locked god’s adoptive brother Loki has made the cut. Strange wants to know what Loki is doing in New York City. Thor responds that they are looking for their father, Odin, so they can take him back to Asgard. Once they find him, Thor assures Strange, they will be out of his hair.

Little has been revealed about the plot of Thor: Ragnarok, which just wrapped shooting and hits theaters on Nov. 3, 2017, but this scene—which could turn out to be an actual scene from the forthcoming movie, as has happened with some of Marvel’s post-movie snippets in the past—suggests that it might just feature an appearance from Doctor Strange. The scene is in keeping with images from the Brisbane set of the next Thor installment, which revealed that it takes place, at least in part, in New York City.

It’s unclear how this glimpse into Ragnarok jibes with reports that it will be a road-trip movie with Thor and The Hulk. And whatever Doctor Strange’s role in that movie, it’s been confirmed that he’ll appear in 2018’s Avengers: Infinity War, so we certainly haven’t seen the last of him. Given the events of Doctor Strange’s post-credits scene (yes, there’s another one, so stick around)—in which Chiwetel Ejiofor’s Mordo announces his plan to correct the problem of “too many sorcerers” in the world—he may have some new friends-turned-foes trying to impede his ascent to superherodom. 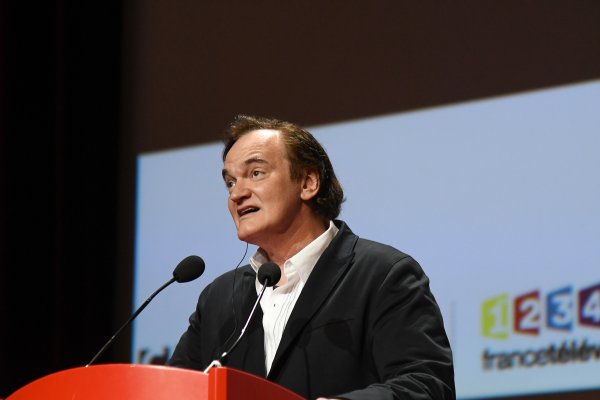 Quentin Tarantino is Sticking to His Retirement Plan
Next Up: Editor's Pick