When studies are funded by the beverage industry, they are less likely to find a link between sugary drinks and obesity and type 2 diabetes, according to a new report.

A team of researchers from the University of California, San Francisco (UCSF) looked at 60 studies published between 2001 and 2016 that analyzed the link between sugary drinks like soda and obesity and type 2 diabetes. Their research was spurred by legal proceedings between the soda industry and the city of San Francisco, the New York Times reports. Last year, the city started requiring advertisements for sugary beverages to carry warning labels linking the drinks to diseases like obesity. The beverage industry sued the city and said the labels were misleading and harmed free speech laws. The city hired the author of the new study—Dr. Dean Schillinger of UCSF, who focuses on diabetes—to research the link between sugary drinks and health issues.

During his research, Schillinger found that when studies are funded by the soda industry, they report different findings than studies that are done by independent researchers. In the new report, published in the journal Annals of Internal Medicine, Schillinger and his colleagues report that out of the 60 studies they reviewed, 26 did not find a relationship between sugary drinks and obesity or diabetes, and 34 did report a link. All of the studies that did not link the drinks to disease were funded by the beverage industry. Only one of the studies that did report a link was industry-funded.

“This industry seems to be manipulating contemporary scientific processes to create controversy and advance their business interests at the expense of the public’s health,” the study authors concluded in their report.

This is not the first time the soda or sugar industry has been criticized for interfering with public health. In October, a study published in the American Journal of Preventive Medicine reported that between 2011 to 2015, 96 national health organizations accepted money from Coca-Cola, PepsiCo or both companies. In 2015 it was revealed that Coca-Cola funded an organization called the Global Energy Balance Network that tried to shift public health messaging away from a focus on diet and onto exercise.

“The reality is we are in a public health war with diabetes right now,” says Schillinger. “In every war there is propaganda. What the public should take away from [these findings] is that we are being played. If you exclude the studies funded by industry and only look at the independently funded studies, it becomes apparent that sugar-sweetened beverages cause obesity and diabetes.”

In a statement emailed in response to the report, the American Beverage Association said that “we have a right—and a responsibility—to engage in scientific research. The research we fund adheres to the highest standards of integrity for scientific inquiry based on recognized standards by prominent research institutions. It contributes to the body of scientific knowledge, meets the needs of regulatory agencies and enables consumers to make informed decisions.”

The group also stated that Schillinger is paid by the City of San Francisco as part of the lawsuit. “It’s ironic that he would write about bias in research when he himself is clearly not an impartial researcher,” the ABA wrote. “This paper is the latest in a trend of pro-tax forces writing speculative opinion papers to influence voters a week before a vote on several ballot initiatives to tax beverages.”

Schillinger says that the industry’s influence on public health through funding and research isn’t a new revelation, but calls the number of studies in the report “remarkable”. “This is not an opinion perspective,” he says. “Any high school student could do this study. You count up the studies and see who funded them. That’s research. That’s fact.” 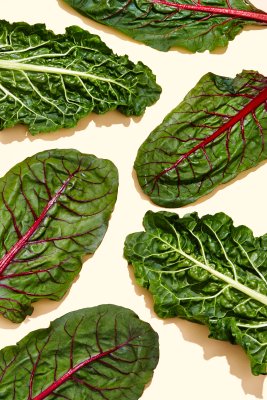 11 Underrated Salad Greens And How to Eat Them
Next Up: Editor's Pick