Heidi Klum’s annual Halloween party has become the stuff of legends, with the German supermodel often showing up in fantastical and seriously jaw-dropping ensembles that require major commitment to the costume (for example, last year, she showed up in a Jessica Rabbit costume complete with full body prosthetics)

This year, however, Klum’s costume was much less labor-intensive, but that doesn’t mean that it was low-key. She showed up to her party as herself, but brought along five look-a-like models who were made up with prosthetics, hair, and makeup to look just like her “clones.” All six women wore nude thigh high boots, nude bodysuits, gold accessories, and sported Klum’s signature waves.

Lest you think that creating five gorgeous clones of Heidi Klum was easy, the supermodel posted Instagram videos of the hours-long process on her Instagram, which showed the girls getting made up from head to toe. 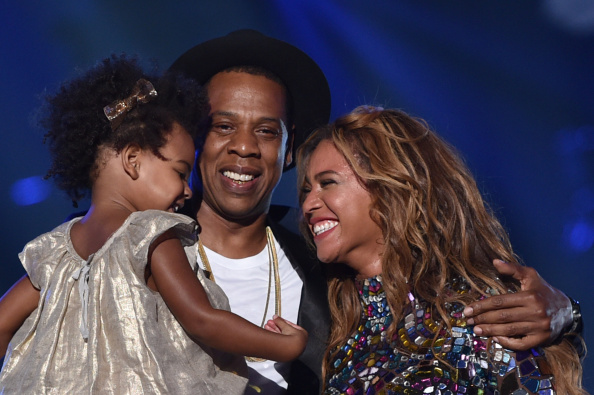 Beyoncé, Jay Z and Blue Ivy Slayed in Their Family Halloween Costume
Next Up: Editor's Pick