Why Vine's Death Is Terrible for Artists of Color

Ideas
By Alexandra Erin
Alexandra Erin is an Alfie Award-winning humorist, poet, and Twitter commentator, and the author of Tales of MU.

When Twitter announced Oct. 27 it was cancelling its popular looping video service Vine, the thing that struck me was the timing.

On the surface, it made sense: Twitter’s stock price is in a slump. Video is an expensive medium, and six-second loops are hard to monetize. The decision seems straightforward, especially amid sizable layoffs in the wake of several high-profile buyers balking at buying the beleaguered social media firm. (Most prominently Salesforce and Disney.)

Yet the decision, and how Twitter got there, reveals something disturbing about the company’s priorities: It seems it would rather enable the speech of hate mobs, extremists, and racist trolls than cultivate a diverse community of artists and creators.

So it didn’t seem like a Hail Mary situation when Twitter tried to find an angel to swoop in and save it. Twitter is where news breaks and trends begin and proliferate. Who wouldn’t want to own that?

Reportedly, the answer is: Disney. Salesforce. Google. Apple. Microsoft. Verizon. AT&T. Or, in short, anybody.

That’s because Twitter the social media titan is also Twitter the meeting and breeding ground for white supremacists and, despite recent efforts, terror supporters. Twitter is the deepest pit of the alt-right fever swamp referenced by Presidential candidate Hillary Clinton. Twitter’s abuse problems are so notorious that a company like Disney reportedly doesn’t dare to associate itself with the social media platform, no matter how valuable its user data and advertising targeting opportunities may be.

What happened to Ghostbusters star Leslie Jones this past summer is a perfect example of Twitter at its worst. She was attacked by enough trolls that she decided to give up on the platform entirely. She later returned, but many Internet abuse victims do not. Her case is just one example of something that happens regularly to Twitter users without her clout, and targets are often left powerless to defend themselves.

Vine, however, has largely been spared Twitter’s mixed reputation. Instead, it was an important creative outlet for many young people, including innovative artists of color. These are people who can make you laugh and cry in six short seconds, who can squeeze multiple characters and even scenes into a running time shorter than it will take most people to read this sentence. Vine’s focus on video, not text, made it it harder to mobilize a mob there, and much easier to share a laugh.

The characteristics that make Twitter unique, and occasionally even great, also make it a perfect vehicle for hatred. On most blogging platforms, writers get some degree of control over who sees and interacts with their content. That’s not true on Twitter, where everything you post is either entirely public, or entirely private. With a public account, everything you do is out in the open, potentially turning into a target for the Internet’s hateful hordes.

To solve this problem, Twitter could give users more control over who can see and interact with their content. Instead, the firm is testing changes that could make things easier for trolls by letting users, trolls included, to tag more individuals in each message, while making it harder for users to see who they’re tangling with.

Once it became clear that an acquirer would not come to Twitter’s rescue, the company chose to pull its belt tourniquet-tight, trimming Vine in the process. That meant killing off a vibrant and diverse community of artists rather than addressing the issues that truly cost it the badly-needed buyout. In combination with layoffs, these cost-cutting measures could save Twitter from financial ruin, or at least buy it some time. But if it continues to operate in a way that caters to hate mobs and trolls rather than the people who truly add value to its platform, it might find itself dying on the vine. 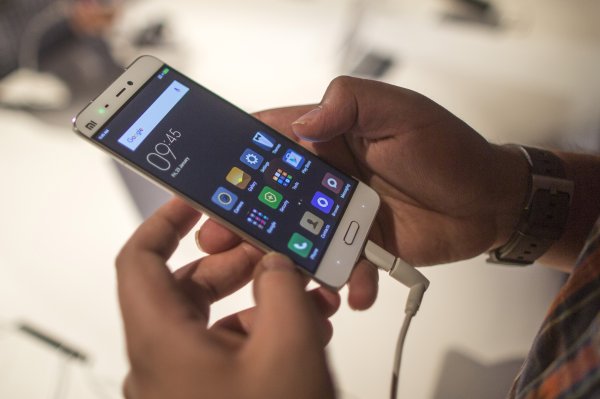 The Massively Popular Smartphones You've Never Heard Of
Next Up: Editor's Pick