In every presidential contest, there is a winner and at least one loser. And, as long as there has been a loser, there has been a moment in time for that loser to acknowledge the loss. But in the wake of Election Day 2020, and as final results from a handful of seemingly pivotal swing states trickled in, observers wondered what would happen if President Donald Trump lost: would he deliver a traditional concession speech?

In fact, that tradition in fact marks a departure from most elections in American history. For most of that time, such acknowledgements would have been private. For example, after losing the election that led to the country’s first transfer of power between parties, John Adams must have said something to Thomas Jefferson. (We do know something about what he thought of the turn of events: In 1801, shortly after the loss, Adams wrote in a letter that he traced his defeat partially to his own party’s overestimate of its influence.)

Then, as Scott Farris explains in his book Almost President, changes in technology helped to turn a private acknowledgement into a public concession. By Farris’ reckoning, the first such congratulatory telegram went from William Jennings Bryan to William McKinley in 1896, Al Smith gave the first radio-broadcast concession speech in 1928 and Adlai Stevenson first did so on television in 1952.

That’s why political theorist and historian Paul Corcoran started in 1952 when, for a 1994 article in the journal Political Communication, he looked at every concession speech he could find. Corcoran, who traces his own interest in the history of presidential-election concession speeches to a “contrarian” streak that led him to focus on losers, found something that surprised him.

“There wasn’t much evolution at all. That’s what struck me,” he tells TIME. “That’s why I decided to treat it as a genre of discourse, of rhetoric, because it was so formulaic.”

The basics of that formula are such: the speaker says that he or she has congratulated the winner—usually not that he or she has lost; the word “concede” is rarely heard—to the opponent; the speaker calls for unity; the speaker summons supporters to both accept the result and to continue to fight for their cause in the future. Corcoran identified certain formalities of the process around the speech, too. The media demands the speech; the loser speaks of “a heroic sacrifice, not to fate but to the popular will,” as Corcoran puts it; and the winner responds by speaking of how gracious the loser was.

As that formula developed, he says, the concession speech—something that is the product of the 20th-century media environment rather than any law or election policy—took on an important role. As it became something that voters expected to hear, the call for unity became more important. As Corcoran wrote in the ‘90s, it became “an institutionalized public speech act integral to democratic life and the legitimacy of authority.”

That why, he theorizes, the media puts so much emphasis on an action that has no governmental consequence. Though he has observed a certain “lurking” attitude developing among members of the media as they came to count on the concession (a wish for “getting it over before the hotel bar closes,” he jokes), he says that journalists’ roles as the people waiting for a public concession and then broadcasting it to the world makes them a sort of Greek chorus in the drama of the election, speaking for the people and urging the dramatis personae to fulfill their narrative functions, bringing the story to its correct conclusion. This role, he says, was particularly clear in the 2016 election season as the media wondered aloud what the consequences would be if Donald Trump refused to accept the results of the vote. “More than ever before, it seems to me anyway, the media has taken up this idea of the concession and victory speeches as a dramatic unit,” Corcoran says, noting that in fact the two are not one unit: the victory stands with or without the concession.

So what the concession speech accomplishes is not really about whether the loser accepts his or her loss. It’s about the loser’s supporters being encouraged to do so. So it makes sense, Corcoran says, that analysis of past concession speeches shows that the closest elections usually lead to the most unifying speeches, as both sides see the importance of coming together after a tough fight. (Landslides, on the other hand, may lead to rowdier speeches like Barry Goldwater’s in 1964 and George McGovern’s in 1972, as it’s more important to keep up party morale than to bring people together to accept a result.)

Though the concession speech has become a formulaic gesture, Corcoran points out that formula is, in this case, a good thing: its history of routine transfer of power is what makes the American system work. Places that lack a formula for concession are the places where democracy tends to be fragile.

Fittingly, then, the concession speech that he singles out as one of history’s best is one that exemplifies that function.

There are other noteworthy speeches from concession history, he says: George H.W. Bush’s 1992 speech for being garbled, or Ross Perot’s that same year for his “outrageous” antics. But the honor for a high-quality concession, in Corcoran’s mind, goes to John McCain in 2008, for his decision to honor Barack Obama’s achievement rather than merely conceding. The speech was “in a class of its own,” says Corcoran. “He did the right thing. He did the hard thing.” 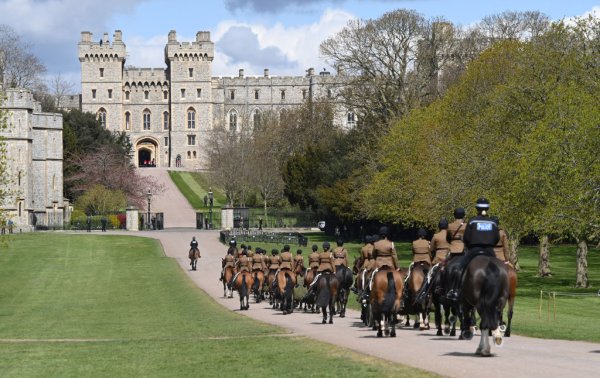