The Downside of Transparency

Miller is a financier who writes about political economics, China and current affairs

Today we live in a world where “transparency” has become the new universal religion. When you google the word, you get 629 million results, more than for “truthfulness,” “honesty” and “patriotism.” In the age of hyper-connectivity, transparency has been equated with unadulterated good. President Barack Obama came into office promising a whole new level of transparency and has been criticized for not going far enough. FBI Director James Comey’s supporters are wrapping him in the holy shroud of transparency while Sec. Hillary Clinton’s team is demanding that he immediately be more transparent vis-a-vis his recently publicized Weiner email investigation.

Of course, in our personal lives, secrets are the oil which lubricates interaction with loved ones, employers, colleagues and friends. When we inadvertently betray a secret thought that shows a part of us we would prefer to keep to ourselves, the effect can be embarrassing or even catastrophic. Doesn’t everyone have a reply-all disaster to report? Most of us strive to live up to the story of our better selves. We sympathize with a private citizen who is the victim of a hacking. And we rely on our government not to use its powers to spy on us, nor to publish our confidential information which they legitimately possess, like our medical data or tax returns.

But when it comes to government secrets and especially those of candidates who put themselves forward to be our representatives, secrets are in a whole different category. Our democracy is based on the proposition that we are smart enough to form our own judgements if you just give us the facts. So, whatever the outcome of this presidential election, “transparency” will gain some new adherents, grateful for the Donald Trump tapes or in the case of Clinton opponents, the new Weiner emails. In this age when the cost of information storage and dissemination has plunged to near zero, we feel we are entitled to know everything about political wannabees, whatever the source.

But transparency is not always an unadulterated good, and not all transparencies are equal. Clinton lived through a Special Prosecutor’s investigation of alleged financial improprieties which widened into a wide-ranging investigation ending with her husband’s impeachment. In the hope of preserving a zone of privacy she set up a private server for her emails, and now, paradoxically, the principal criticism of candidate Clinton is that she took inadequate steps to protect important secrets. (Disclosure: I served as Chairman of the Finance Committee for the U.S. Pavilion at the Shanghai Exposition of 2010 when Hillary Clinton was Secretary of State.) She had previously been labelled “careless” by Director Comey, and admitted repeatedly that she should have been more careful. If that was the bottom line, maybe we could have without reservation called this “good transparency.” But now we have Comey Transparency 2.0 so the most important aspect of this particular transparency story is its timing. In an election where many will vote for the candidate they dislike the least, Comey’s recent “transparency” is a gift to Trump and the Republicans but also a Rorschach test which offers both candidates a promise of truth at the end of the rainbow even as it breathes new life into an issue that Trump supporters have been struggling to keep front and center.

As we attempt to assess each example of transparency, we should consider its timing, the motivation of the party releasing the information and the subject matter, as well as the content of the information itself. We want our government to have secrets and to keep them on our behalf. For example, Trump is critical of Obama and the military for not keeping our attempt to assist the Iraqis in retaking Mosul a surprise which, had it been possible, might have been a good idea. And while I am pleased to know, thanks to Edward Snowden, that our government has a massive commitment to domestic surveillance, I believe that folks who hack and intentionally publicize government secrets should be subject to legal prosecution, because there are some secrets that I want our government to keep.

The transparency provided by the Trump Access Hollywood sex tapes were a gift to Clinton and the Democrats. And we don’t have to wonder whether Trump would have preferred less transparency in that instance or at least that the tape emerge months earlier. The WikiLeaks hack of Hillary Campaign Chair John Podesta’s email account gives us a look through a transparent peephole into the confidential thoughts of Clinton’s inner circle and includes some harsh judgement of people who were probably were surprised to be seen in a certain light, including the candidate herself.

So now we get to see how Hillary Clinton’s advisors really think when they believe no one is watching. But I’m not breaking open the champagne. In his 2009 article for The Harvard Business Review, titled “Against Transparency,” Laurence Lessig cites many of the unintended negative consequences, including a tendency of actors in a “transparent environment” to be more secretive and less efficient. Another example might be reality television itself, with its impressive destruction of privacy which does not seem to bring out the best in all participants.

And in politics, transparency can have even more negative consequences. Perhaps you might say that in a democracy, even when some people, factions or parties get hurt, transparency creates the best outcome, the greatest good for the greatest number. But I am not so sure. Consider for example the simple reality that you must be either a saint or a fool to subject yourself to the negative review of your entire life required by the transparency of running for public office. And when a story goes viral in these times, there are no “cool” media in the Marshall McLuhan sense, because all media converge hotly on the same story. Just as in the private sector transparency can create collateral damage, so in the public, the piling onto a hot breaking story encourages the politicization of information. The framing of an allegation or even a truth under the banner of transparency seems to be partly responsible for the destruction of the comity we used to rely on for a functioning democracy.

Taken to its extremes transparency can be too much of a good thing. Special Prosecutors are the High Priests of Transparency, of a god who can never be satisfied. Often these Priests fail to prove the original charge but succeed in finding their target guilty of a different one or some “cover-up,” one of the church’s greatest transgressions. And maybe we should see if both political parties can take it down a peg. Even without looking at the candidates’ secret emails and tapes, after months of a grueling campaign, the electorate had a pretty good view of who they are. Do we really need the dirty tricks and political skullduggery that belief in the pure evil of opacity seems to be evoking? Perhaps there is room for a bit of translucency, and maybe it’s time to reconsider the question of whether we benefit, on balance, from our glib worship at the Altar of Transparency.

Miller is a financier who writes about political economics, China and current affairs. He was a senior advisor at Teneo Holdings. 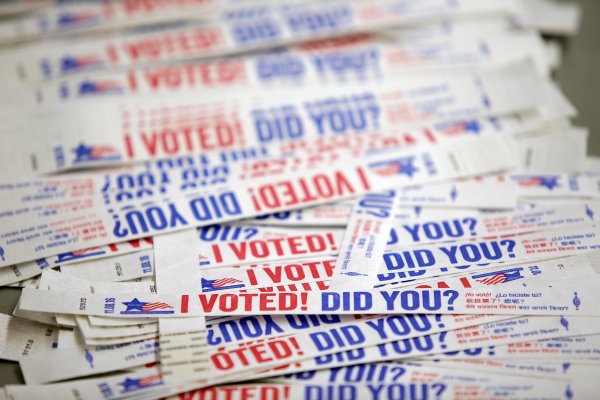