Will the October Surprise Matter?

If you only read one thing: Friday offered the latest October Surprise, as FBI Director James Comey revealed in a letter to Congress that new emails discovered as part of another investigation may be pertinent to the bureau’s investigation of Hillary Clinton’s use of a private email server. That brief note sparked days of speculation and eventually reporting on the nature of the reopening of the Clinton probe. The new emails appear to have been found on a laptop owned by disgraced former Rep. Anthony Weiner, the estranged husband of Clinton aide Huma Abedin, but little else is known about them. Are they new or just duplicates of what has already been reviewed by the FBI? Are any of them to or from Clinton? After months of bashing Comey for announcing in July that no reasonable prosecutor would have taken up a case against Clinton, Donald Trump instantly seized on the news Friday in hyperbolic terms, denouncing criminal and illegal behavior—neither of which has been proven. For the GOP the news was a welcome distraction from ongoing investigation into Trump’s foundation giving as well as his treatment of and comments about women.

Hillary Clinton’s campaign responded by criticizing Comey for deviating from longstanding Department of Justice policy against taking overt investigative steps in the weeks leading up to an election. And while she certainly has a claim—and Comey’s vague letter did little to help clear the air—it marks a reversal from her campaign’s praise for the FBI Director’s conclusions in July. Senate Minority Leader Harry Reid went so far as to accuse Comey of illegal behavior, as Democrats seemed to echo Trump’s claims that the system was being rigged against their candidate.

But with eight days until Election Day—and more than 20 million ballots already cast—there is little reason to expect that this October Surprise will dramatically upset the state of the race. Democrats still have a structural advantage, magnified by Clinton’s exceptional field and data program. Republicans have a more enthusiastic base of supporters, but haven’t been able to broaden their appeal. Polls are tightening, largely as Republican voters “come home.” Surveys over the coming few days should tells us more about the impact, but for most voters, Clinton and e-mails has already been baked into their decisions.

FBI in Internal Feud Over Hillary Clinton Probe
Laptop may contain thousands of messages sent to or from private server, as agents and Justice Department grapple over Clinton Foundation [Wall Street Journal]

Once the Hope Candidate, Obama in his Final Days Faces a Hopeless Electorate
Even ‘Hope and Change’ has its limits[Washington Post]

“You could have 650 million people pour in and we do nothing about it. Think of it, that’s what could happen. You triple the size of our country in one week. Once you lose control of your borders you have no country.” — Donald Trump in Albuquerque Sunday night on a Clinton presidency

Reid: FBI director ‘may have broken the law’ [Politico]

Joe Biden Is ‘Not a Big Fan’ of Anthony Weiner [TIME]

Eric Holder: James Comey is a good man, but he made a serious mistake [Washington Post]

Clinton lining up policy priorities for 2017, if she wins [Associated Press] 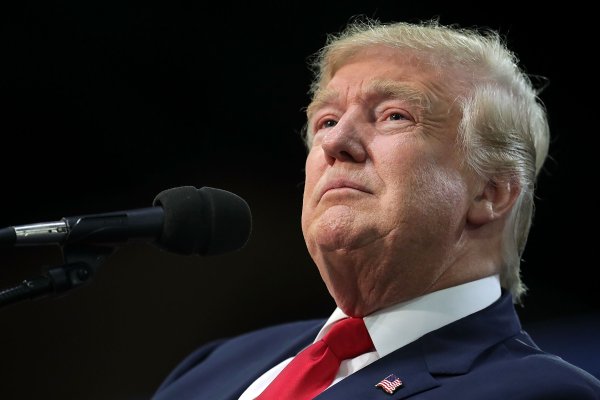