Rachel Bloom: 'I Will Gladly Play a Dead Whore' on Game of Thrones

Rachel Bloom is extremely busy writing and starring in Crazy Ex-Girlfriend, but that doesn’t mean she wouldn’t drop everything to join the cast of Game of Thrones.

During the inaugural EW PopFest in Los Angeles on Saturday, Bloom took a break from performing songs from the acclaimed CW series to campaign for a role on a much different show.

“I just want to make it clear, if they want me on Game of Thrones, I will be on it,” Bloom joked after discussing the fate of Jon Snow from season 6 and the HBO hit at-large. “I will gladly play a dead whore just to be on that show. No other show. I will play a dead whore, like, on a dead zombie corpse with, like, my eyeball coming out, just to be on Game of Thrones. Anyway, just putting it out there. Just a pitch for next season.”

Despite proclaiming her wish to appear on the HBO series, Bloom admitted she often disses the show she loves so much – especially when considering the uniqueness of the Crazy Ex-Girlfriend panel, which included the cast singing seven songs from the series.

“All of the panels are like this,” she said of PopFest, before going on a slight tangent. “ ‘Oh my God, we actually get to see the cast sit and talk.’ Boring, who cares. ‘Oh my god, Game of Thrones is going to be here, maybe they will talk about the dragons.’ F— you, we don’t care. Sing, Jon Snow. Sing about ping pong, motherf—er. Game of Thronesis like my favorite show and I’ve repeatedly called it lame in every panel we’ve done. Like for season 2, when we were changing our theme song, I said, ‘Let’s see Game of Thrones do that, you unimaginative a–holes.’ I’ve really ripped into Game of Thrones a lot, but I like it a great deal.” 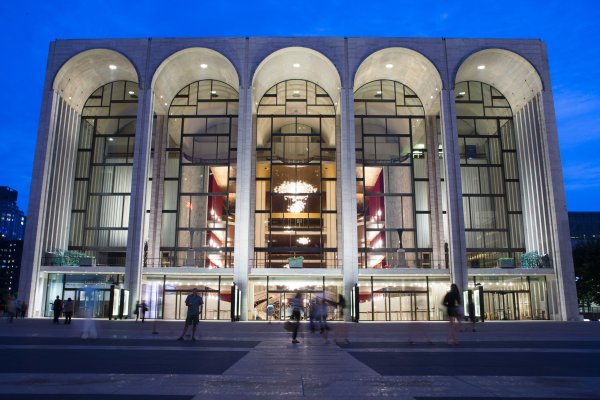 Police Say Powder Thrown at Metropolitan Opera May Have Been Human Ashes
Next Up: Editor's Pick