James Comey testifies during a House Judiciary Committee hearing, on Capitol Hill, March 1, 2016 in Washington, DC.
Drew Angerer—Getty Images
Ideas
By Jack Goldsmith and Benjamin Wittes
Goldsmith is a Harvard Law School professor and a senior fellow at the Hoover Institution; he was an Assistant Attorney General in the George W. Bush Administration.
Wittes is editor in chief of Lawfare and a Senior Fellow in Governance Studies at the Brookings Institution. He is the author of several books and is co-chair of the Hoover Institution's Working Group on National Security, Technology, and Law

Yesterday, FBI Director James Comey threw the presidential election campaign into turmoil with a letter to Congress declaring that the Clinton email matter was, perhaps, not entirely done. Based on press reports, it appears that the FBI—in the course of investigating allegations of Anthony Weiner’s exchanging sexually explicit messages with a minor—seized some electronic devices of his that also contained emails belonging to his estranged wife, longtime Clinton aide Huma Abedin. These new emails, for one reason or another, complicate the conclusions of the preexisting email investigation, if only by adding a great deal of new material that has to be processed.

At Lawfare, we have written an explanation—in the form of answers to 18 critical and frequently asked questions—about why Comey sent the letter, and whether he was justified in doing so. Full disclosure: We know Director Comey personally and one of us has worked with him in prior government service. Of course, we are writing this on our own behalf, not his, and stating only our own views of these matters.

We make a qualified defense there of what Comey did, but also discuss what Comey might do now to tamp down the controversy. The Clinton forces are calling on the FBI to immediately release “the full details of what he is now examining.” This almost certainly cannot happen, both for investigative reasons and for reasons related to the privacy rights of the presumably inordinate number of third parties who were likely exchanging emails with Abedin. Unlike the Russian government, the FBI does not just do document dumps of people’s emails.

But if there is more that Comey can say, he should do so. Specifically, assuming the following statements are true, it would be worth Comey’s saying them publicly:

To read the answers to 17 other burning questions about Comey, Clinton and the FBI news, go to Lawfare for “James Comey, Hillary Clinton, and the Email Investigation: A Guide for the Perplexed.” 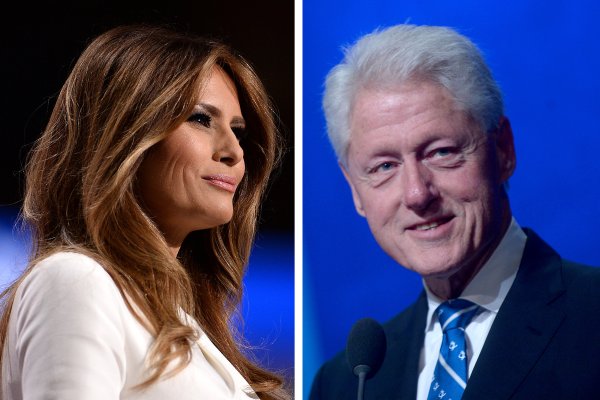 What the Next First Spouse Can Learn From History
Next Up: Editor's Pick