Hillary Clinton on Friday evening called for the FBI to release all the information it has about the additional emails relating to her private email server.

The Democratic nominee’s request came hours after FBI Director James Comey told lawmakers the FBI is examining newly discovered emails relating to Clinton’s server to determine whether they contain classified information. With little more than a week before election day, the FBI’s announcement could affect the outcome on Nov. 8, providing Republicans with a glimmer of hope amid Donald Trump’s slide in the polls, and making Clinton’s road bumpier.

Clinton said she was sure the newly discovered emails would not change the FBI’s conclusion four months ago that she should not face charges.

“We are 11 days out from perhaps the most important national election in our lifetimes. Voting is already underway in our country,” Clinton said. “So the American people deserve to get the full and complete facts immediately. [Comey] himself has said he doesn’t know whether emails referenced in his letter are significant or not. I’m confident, whatever they are, will not change the conclusion reached in July.”

Clinton joins a chorus of Republicans and Democrats demanding the FBI explain its decision to announce it is reexamining the Democratic nominee’s emails without providing details. Republican Sen. Chuck Grassley, as well as Trump, have also called for more details.

They additional emails were discovered on at least one device confiscated from Huma Abedin and her estranged husband, Weiner, in the investigation into the former congressman, multiple news outlets reported. Weiner is accused of sending lewd images of himself to a minor.

The announcement by the FBI caught the Clinton campaign by surprise. Clinton said she has not had any contact with Comey and did not have any details about the emails.

“We’ve heard these rumors. We don’t know what to believe,” Clinton said. “They need share whatever facts they claim to have.”

Clinton said she believed voters have already made up their minds about the email controversy, for which the FBI initially closed its investigation in July. Comey said then that there was no precedent for indicting Clinton, and cleared her of illegal wrongdoing.

“I think people a long time ago made up their minds about the emails. That’s factored into what people think. And now they’re choosing a president,” Clinton said. 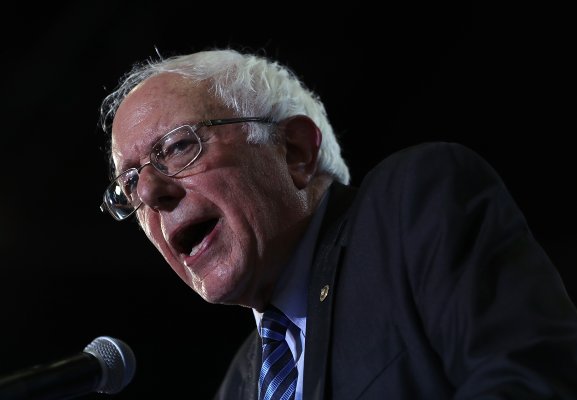 Bernie Sanders Promises to Keep the Pressure on Hillary Clinton if She Wins
Next Up: Editor's Pick