How the First Woman Was Elected to U.S. National Office, Exactly 100 Years Ago

On the eve of the Election Day that will cap Hillary Clinton’s campaign as the first-ever woman nominated for President of the United States by a major party, the U.S. marks an important anniversary in the history that made Clinton’s run possible. It was precisely a century ago, on Nov. 7, 1916, that Montana’s Jeannette Rankin was elected to the House of Representatives. She was the first woman ever elected to U.S. national office.

Rankin’s career would go on to be remarkable for many reasons; notably, she voted against America’s entry into both World War I and World War II. But little could compare with the momentous fact of her election. Some national suffrage-movement leaders might have rather had someone else break that particular barrier, say James Lopach and Jean Luckowski, the authors of Jeannette Rankin: A Political Woman, but only Rankin had each of the rare political ingredients needed to get there.

So what did it take to get Rankin into office? And what do those factors tell us about today?

One of the first factors, say Lopach and Luckowski, was the campaigning that Rankin had done for women’s suffrage in Montana. Not only did that work result in the successful 1914 expansion of the vote in her home state—allowing women to help vote her into office shortly after, years before they were granted the right to vote nationwide—but it also introduced her to voters as a powerful political figure. Despite the relative difficulty of traversing the large state at the time, Rankin traveled from one end to another campaigning for her cause. (An internal schism among suffrage workers over whether it made more sense to go state by state or start with a change to the U.S. Constitution was one of the reasons why some national leaders did not support Rankin until after her election was successful.)

“She had built a tremendous base of women who were very loyal. They had clubs and she organized them,” says Luckowski. “It was a very personal experience for her across this very big state.”

Secondly, she had the advantage of a major national issue to which she could hitch her campaign. The suffrage movement of the time was closely linked to the temperance and prohibition movement—but, Lopach and Luckowski say, the teetotalers had much more publicity and public concern on their side. Alcohol was a make-or-break issue that could overwhelm the rest of a voter’s concerns. By aligning herself with temperance activists, regardless of her own views about prohibition, Rankin was able to capitalize on that wave of voter sentiment.

Next, she had the advantage of Montana’s unusual political structures. The state was represented in the House by two at-large members of Congress. In other words, everyone voted for two people, rather than half the people voting for one person and the other half voting for another person. Rankin, says Lopach, knew she was unlikely to get the most votes in the state—but she also knew that, given the at-large structure, she could still make it to Washington as the second-favorite pick. She even made a point, in her campaigning, to acknowledge that voters could cast a vote for their favorite man and just put her for number two. (Throughout her life, Lopach says, she championed multiple-member congressional districts as a way to open the House to candidates who might have a hard time coming in first.)

And finally, she had the support network to back up her political hopes. Rankin’s brother Wellington was one of Montana’s best-known men, with wealth and contacts to spare. He threw his support—financially and socially—behind his sister. “There’s a lot written about women in politics historically, and the barriers, and often it was a husband or a father who gave them a leg up, and in this case it was her brother,” says Lopach. “He helped her overcome the barriers.”

As it turned out, the forces that were necessary to get her into office weren’t sufficient to keep her there. She was less naturally suited to governing than to campaigning and, more importantly, a rearranging of Montana’s representation meant that she was unable to run for reelection after her first term. She ran for Senate instead. She lost. (The first woman elected to the Senate was Hattie Caraway in 1932; Rankin was reelected to the House for another term in 1940.)

But perhaps the most important lesson of Rankin’s election was one that she learned, rather than one she taught.

Her feminism, Lopach says, was of a type that might be called essentialist: she believed that women and men were different and would thus act—and vote—differently. Sure enough, anecdotal evidence (in the absence of polling data) supports the idea that Montana’s women did turn out to vote for Rankin. But, once it came time to govern, she found that constituents’ desires came down to a lot more than gender. “She was a cantankerous, outspoken person and she was really bitter, she said, that women voted just like men,” Lopach says. “Her vote [against war in 1917] was based on her understanding of what it meant to be a woman voting. She had no choice but to vote against war.”

Rankin, as the only woman in Congress, was inevitably drawn into the role of representing all women—even as she, and the nation, discovered that women did not all want the same thing. 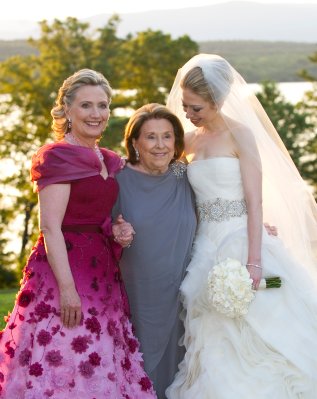 President Hillary Rodham Should Drop ‘Clinton’
Next Up: Editor's Pick