For many Americans, including the master of horror Stephen King, the prospect of a Donald Trump presidency is terrifying. But Ellen DeGeneres took that fear to the next level: The talk-show host scared the bejeebers out of guest Ricky Gervais with a Donald Trump impersonator.

While discussing the Republican candidate with DeGeneres, Gervais nearly jumped out of his seat as someone from The Ellen DeGeneres Show popped up out of a box wearing a Trump outfit. DeGeneres was worried her guest didn’t experience the full effect, but as he said, “What do you mean you didn’t get me good? What’s getting me good? Literally s–tting myself? Because it was pretty close.”

On a more serious note, Gervais said of the real Trump, “It was fun to start with. I was very excited. It was funny, and now it’s not a joke anymore, is it?” 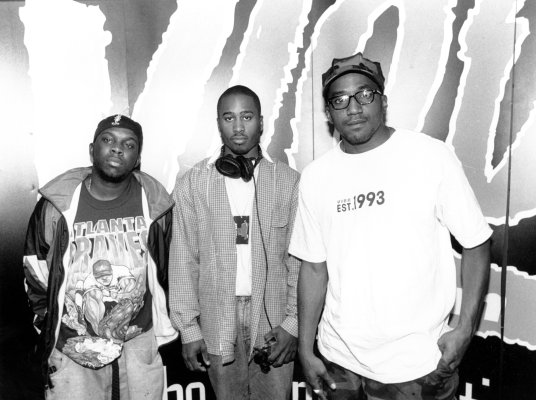 A Tribe Called Quest Announces Final Album Due in November
Next Up: Editor's Pick