Taking the stage just minutes after news broke that the FBI is is reopening the investigation into Hillary Clinton‘s use of a private email server, Donald Trump praised the bureau and said he hoped the news would shake up the presidential race.

“Her criminal and illegal conduct … threatens the security of the United States of America,” Trump said to open his Manchester, New Hampshire, rally Friday afternoon. “Hillary Clinton’s corruption is on a scale we have never seen before. We must not let her take her criminal scheme into the Oval Office.”

He offered a backhanded compliment to the FBI for reopening the investigation, despite deciding this summer not to recommend criminal charges. Since July, when the FBI recommended no criminal charges against Clinton for her handling of classified information, Trump has repeatedly criticized the agency, “rigged,” arguing that Vermont Sen. Bernie Sanders “lost the FBI primary” and suggesting that President Obama somehow meddled in the investigation.

But he changed his tune on Friday.

“I have great respect for the fact that the FBI and the Department of Justice are now willing to have the courage to right the horrible mistake that they made,” Trump said. “This was a grave miscarriage of justice that the American people fully understood. And it is everybody’s hope that it is to be corrected.”

Trump said the FBI’s announcement may even have swayed his opinion that there’s a conspiracy against him in the election. “It might not be as rigged as I thought,” he said. 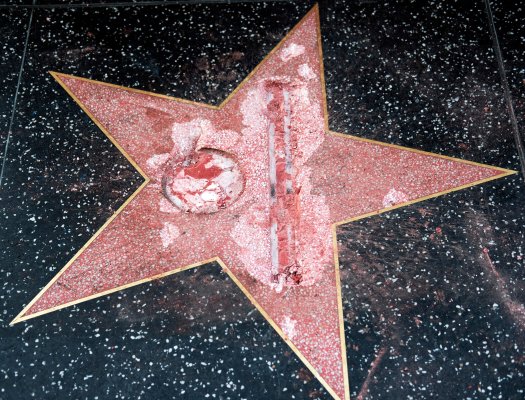 Police Arrest Man Who Says He Smashed Donald Trump's Star on Hollywood Walk of Fame
Next Up: Editor's Pick