The Real Reason Why Daylight Saving Time Is a Thing

When American clocks turn back an hour at 2:00 a.m. Eastern Time on Nov. 5, that event will be just one more iteration of a practice—however unpleasant to some—to which Americans and many others around the world are well accustomed. But Daylight Saving Time wasn’t always such a routine idea.

The first Daylight Saving Time policy began in Germany on May 1, 1916, in the hopes that it would save energy during World War I, according to Michael Downing, author of Spring Forward: The Annual Madness of Daylight Saving Time. But, though Germans were first to mess with their clocks, they likely got the idea from Britain—and from someone whose ideas about Daylight Saving had little to do with conserving fuel.

William Willett had in 1907 published The Waste of Daylight. Willett was inspired by an early-morning epiphany that “the sun shines upon the land for several hours each day while we are asleep” and yet there “remains only a brief spell of declining daylight in which to spend the short period of leisure at our disposal.” Though he did mention that it would save money to reduce the use of artificial lighting, his main purpose was the increase enjoyment of sunlight. He lobbied Parliament for such legislation until his death in 1915—not living to see the law passed in England shortly after it was in Germany. (Frankfurt’s daily newspaper Zeitung published this dig: “It is characteristic of England that she could not rouse herself to a decision.”)

Across the pond, the first U.S. law on Daylight Saving Time went into effect on March 19, 1918, for the same fuel saving reasons, about a year after the country entered the war. But again, though the official reason was fuel saving, the U.S. Chamber of Commerce was the major backer for the policy, Downing argues, because Americans getting off work while it was still light out meant they would be more likely to go out shopping in the evening.

Sports and recreation industries saw the light, too. “Golf ball sales skyrocketed during Daylight Saving Time,” according to Downing. “Baseball is a huge early supporter, too, because there’s no artificial illumination of parks, so to get school kids and workers to ball games with the extended daylight, they have a later start time.” Some even considered Daylight Saving Time a good health policy, given the extra time people had to be outdoors.

But the policy also had its opponents—”the movie industry hated Daylight Saving Time because people were much less likely to go into dark theaters when it was bright outside,” Downing says—and none more powerful than the farm lobby. That farmers advocated for Daylight Saving is a common myth. In fact, Daylight Saving Time meant they had less time in the morning to get their milk and harvested crops to market. Some warned it was “taking us off God’s time.”

“It’s so unpopular when we experiment with Daylight Saving Time during World War I that before the Versailles Treaty is signed [at the end of the war], Congress is forced to sign a repeal to quell the revolt from the farm lobby, it’s that potent a lobby,” says Downing.

There wouldn’t be another national Daylight Saving Time policy until 1942, for the duration of World War II, but New York City, however, continued to observe a metropolitan Daylight Saving Time all along. Because of the city’s position as a financial capital, other places followed. The result, Downing says, was “cities observing Daylight Saving Time surrounded by rural areas that are not, and no one can tell what time it is anywhere.” In fact, TIME’s letters department received a poem from an Ohio man about just that topic: “To miss a train or business deal, / Because our clocks are without keel / Can cause a nation loss of gold / E’en worse than all the misers hold.”

By 1966, the confusion was bad enough to prompt the Uniform Time Act. Signed by President Lyndon B. Johnson, the first peacetime Daylight Saving Time law said that the United States policy would be to observe six months of Daylight Saving Time and six months of Standard Time. It required states to either adopt Daylight Saving Time entirely or opt out, avoiding the patchwork of cities and counties that had been so problematic, according to Downing. For example, Arizona opted out because an extra hour of daylight in the summer doesn’t make sense when it’s over 100 degrees already, as a March 1969 Arizona Republic editorial explained.

In 1973, shortly after the oil embargo went into effect, President Richard Nixon called for year-round Daylight Saving Time. A brief trial ended—partly because of fears that children would get hit by cars in the dark—but Daylight Saving Time has nevertheless grown. In 1986, the U.S. started observing seven months of it—an extra month that the golf industry and manufacturers of barbecue equipment claimed was worth between $200 million and $400 million. And since 2005, the U.S. has been observing eight months of Daylight Saving Time.

By now, the original stated purpose of the idea—saving energy—has been called into question.

While a 2008 U.S. Department of Energy report found a 0.5% decrease in total electricity use per day since the 2005 extension, other studies have found that Daylight Saving may actually fuel energy usage. For example, a 2011 study by economists Matthew J. Kotchen and Laura E. Grant found that, after some Indiana counties began observing Daylight Saving, overall residential electricity consumption increased as much as 4%.

But Willett’s original point holds true: an extra hour of daylight is, generally, enjoyable—and as Daylight Saving ends and darkness begins earlier, the U.S. will once again look forward to spring to see all that sunlight in person.

Correction: The original version of this story misstated the President who signed the Uniform Time Act of 1966. It was Lyndon B. Johnson. 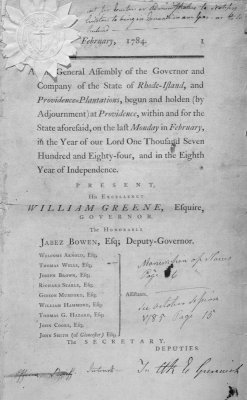 The Uncomfortable Truth About Slavery in the North
Next Up: Editor's Pick