A Tribe Called Quest Announces Final Album Due in November

Legendary hip-hop group A Tribe Called Quest has come together to release a final album, months after the death of a seminal member.

Rapper and producer Q-Tip made the announcement Thursday night in a handwritten letter to fans on Instagram, relaying the story of how the album came to be.

Q-Tip and the other original members of the group, Jarobi, Ali Shaheed Muhammed and Phife Dawg, had the urge to get the band back together after making their first TV appearance together in nearly two decades when they performed on the Tonight Show last November.

Unfortunately, Phife passed away in March, from complications related to a longtime battle with diabetes, before seeing the project to fruition.

“He left us with the Blueprint of what we had to do,” the letter reads. “So we collected ourselves and along tribesman, Busta [Rhymes] and [Consequence] we completed what will be, obviously the final A Tribe Called Quest album.”

A Tribe Called Quest rose to fame in the early 1990s as a member of the Native Tongues Posse, a New York rap collective that preached good vibes counter to those in the mainstream of the time. This is their first album since 1998’s The Love Movement. 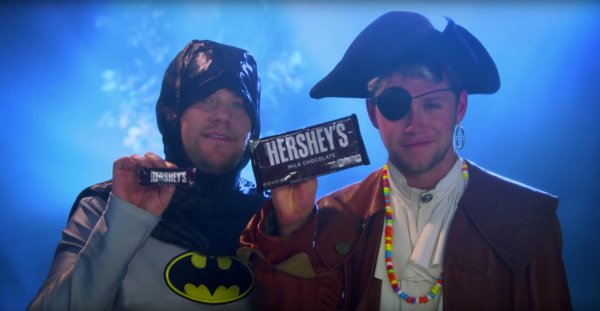 James Corden and Niall Horan Rap About Halloween Candy
Next Up: Editor's Pick