How to Navigate Awkward Conversations Between Now and the Election

The mud-slinging that’s become standard fare in political elections seems to have reached fever pitch with the presidential contest, and the tensions between the major political parties is playing out in homes across America as well. Party loyalties are dividing parents and children, brothers and sisters, husbands and wives, and navigating the conflicts that emerge is no easy task.

“It’s tricky in families when people disagree over political candidates because a lot of times we think of ourselves are being very similar, and close to the people around us,” says Lynn Bufka, associate executive director of practice research and policy at the American Psychological Association. “Then to discover that you have very different points of view on something you feel strongly about, you feel that, ‘Maybe I don’t really know this person? Perhaps there was something I miscalculated about them.’ It becomes not just a question of disagreeing on something but a question of perhaps we don’t know each other way we thought we did.”

One of the major issues in the campaign—the allegations of sexual harassment against Republican nominee Donald Trump—is a big fracture point. Family members who support Trump may be accused of defending such behavior, and even condoning it. A vote for Trump, in the minds of people who don’t support him, is a vote for condoning sexual abuse and harassing behavior.

But family therapist Jenn Matheson, president of the Colorado division of the American Association for Marriage and Family Therapy, says that’s an assumption that can only lead to more conflict. “Both parties with differing points of view in a conversation have to commit to having a conversation with the goal of understanding the other person,” she says. It’s not about being right or wrong or making personal assumptions about the family member with a differing opinion. “Because someone has a different point of view, that does not mean they are stupid, or evil or nasty and deplorable,” says Bufka — even if the candidates have used such personal put downs in the campaign.

Trump supporters, for example, may not agree with or condone his comments about women, and feel strongly that sexual harassment should not be endorsed in any way, but still feel that this issue and his behavior aren’t as important to them as other issues or positions he supports. “It’s important to figure out what you’re disagreeing about,” says Bufka. “Are you disagreeing about the comments and whether they are okay, or disagreeing about whether someone running for president can espouse the views expressed in those comments and still run for president. Those are two different things.”

It’s also important to appreciate that two people can see the same situation and experience the same thing and interpret it in different ways. Trump supporters, for example, may choose not to believe the allegations as their truth about the candidate, and turn their focus on other aspects of his campaign and platform.

That makes it even more important, say therapists, to figure out where differing perspectives come from. That may even help people figure out their own reasons for why they support a candidate — are they for Clinton because they desperately want to see the first female president? Do they support Trump because they think our country needs someone who isn’t a politician to lead? These thoughts can only be teased out if disagreeing family members have a frank and open discussion in which they aren’t trying to convince the other person to adopt their own views, but to understand why he or she feels the way they do.

That’s easier said than done, given that such difficult conversations, especially among family members who are comfortable with each other and less likely to be constrained by rules of social politeness, can easily devolve into personal attacks. But getting personal is like putting the brakes on a discussion; calling someone stupid or idiotic or nasty or deplorable (despite the fact that’s what the candidates are doing), rather than addressing their position or thoughts on an issue, halts any further meaningful conversation and understanding.

“This election probably feels deeply personal to many people in the way that most do not usually make decisions on such a personal basis about who is going to be president,” says Matheson. “Be open to the idea that the personal is political for some, but for others it is not.”

Therapists say that one way to have more meaningful interactions that can help people understand different political positions is by avoiding such discussions when you’re not ready — if you’re in a fighting or debating mode, for example, after a trying day at work, or when you’re irritable because your tired or hungry are not the ideal time to be open to understanding another person’s perspective.

Body language is also important; family members are especially attuned to the physical signs that a loved one is tuning out or closing up. “Pay more attention to having a more open, neutral body language instead of communicating with your body contempt, disapproval or anger,” says Matheson.

That’s especially true of parent-child conversations, since parents naturally approach the discussion from a position of authority, and want to teach their children about how to become an informed voter. “It can be very hard,” says Bufka. “But education is less about how can you possibly vote for this candidate whom I don’t like, and more about here are the things I consider when I’m deciding who to vote for.” Therapists suggest asking children, whether they are too young to vote or if they are voting for the first time, to do some research on the candidates and their platforms, and then help their parents understand why they decided to vote for their particular candidate.

In the end, says it’s also important to remember this: elections come and go, and candidates come and go, but family is always family. “It may feel like a train is coming at us, and that the election feels very personal now, which gets people scared,” she says. “But in most people’s lives, the truth is whoever becomes president, it rarely changes our lives that much.” 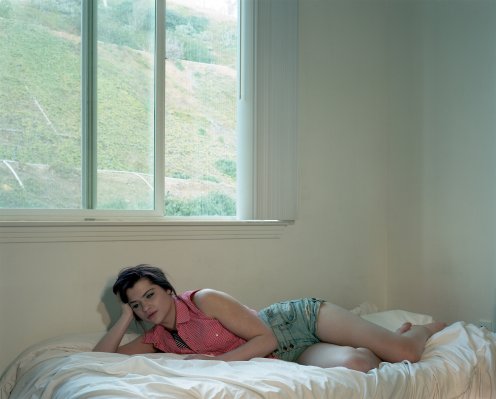 Teen Depression and Anxiety: What Parents Can Do
Next Up: Editor's Pick