The incumbent Republican senator from Illinois Mark Kirk made a major misstep during a debate with a racially-charged comment about his opponent’s heritage.

During Thursday night’s debate between Kirk and Rep. Tammy Duckworth, Duckworth said, “My family has served this nation in uniform, going back to the Revolution. I’m a daughter of the American Revolution. I’ve bled for this nation. But I still want to be there in the Senate when the drums of war sound. Because people are quick to sound the drums of war, and I want to be there to say this is what it costs, this is what you’re asking us to do. … Families like mine are the ones that bleed first.”

“I had forgotten that your parents came all the way from Thailand to serve George Washington,” Kirk replied. Duckworth did not offer a response.

Duckworth was born in Thailand to a Thai mother of Chinese descent and an American father, NBC News reports. Her father served in World War II and had reportedly traced his ancestry back to someone who fought in the Revolutionary War. Duckworth lost both of her legs serving in the Iraq War.

“Senator Kirk has consistently called Rep. Duckworth a war hero and honors her family’s service to this country,” Eleni Demertzis, spokesperson for the Kirk campaign, said in a statement. “But that’s not what this debate was about. Rep. Duckworth lied about her legal troubles, was unable to defend her failures at the VA and then falsely attacked Senator Kirk over his record on supporting gay rights.” 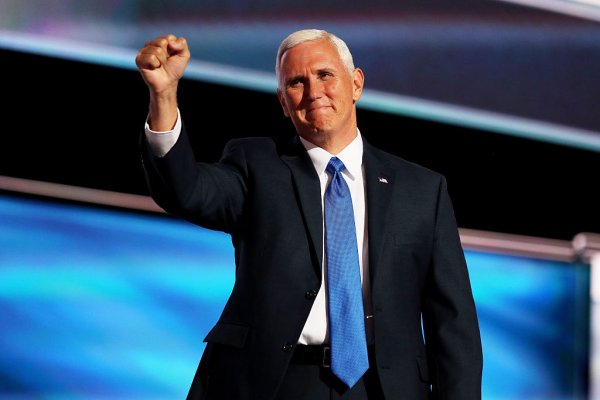 Pence's Plane Skids Off Runway at NYC Airport
Next Up: Editor's Pick