What to Know About the Dakota Access Pipeline Protests

The Standing Rock Sioux tribe has opposed the Dakota Access Pipeline since first learning about plans for the pipeline in 2014. But it’s only been in recent months that the issue has gained national attention, as thousands of protesters—including many Native Americans—have gathered in North Dakota in attempt to block the 1,200-mile project. And, with both supporters and opponents vowing to fight through the harsh North Dakota winter, the battle shows no signs of ending anytime soon.

The pipeline is to be built by Texas-based Energy Transfer Partners and is designed to transport as many as 570,000 barrels of crude oil daily from North Dakota to Illinois. The pipeline would be a key conduit connecting oil wells in the state’s Bakken Shale, where the development of fracking has opened billions of gallons of new oil to recovery, to other valuable consumer markets, including the Gulf Coast, Midwest and East Coast. The nearly $4 billion project was first proposed in 2014 with an anticipated completion of this year.

Why are the Sioux and others protesting the project?

The pipeline has united a number of different interest groups with a variety of objections, but Native Americans have been at the center of the opposition. The pipeline would travel underneath the Missouri River, the primary drinking water source for the Standing Rock Sioux, a tribe of around 10,000 with a reservation in the central part of North and South Dakota. Builders of the pipeline insist that they have taken extraordinary measures to safeguard against disaster, but opponents point out that even the safest pipelines can leak. The Pipeline and Hazardous Materials Safety Administration (PHMSA) has reported more than 3,300 incidents of leaks and ruptures at oil and gas pipelines since 2010. And even the smallest spill could damage the tribe’s water supply. The Standing Rock Sioux also argue that the pipeline traverses a sacred burial ground. And while the land being used for the pipeline is not technically on its reservation, tribal leaders argue that the federal government did not adequately engage the Standing Rock Sioux during the permitting process—a requirement under federal law.

More broadly, environmental activists say the pipeline would contribute man-made climate change by building up the country’s oil infrastructure. They insist that fossil fuels—including the vast reserves in the Bakken Shale—need to be kept in the ground to protect the world from the worst effects of climate change. Proponents of the pipeline argue that oil producers would likely ship the oil by rail line if construction of the Dakota Access Pipeline was halted, as much of the oil produced in North Dakota already is—and argument that was also used in favor of the now canceled Keystone XL pipeline.

Read More: Shailene Woodley: The Truth About My Arrest

How have opponents and supporters responded?

Opponents of the project have responded with both protests and litigation in an attempt to slow—and eventually stop—the pipeline. The protests began months ago with a core group of attendees, and have heated up recently as the issue gained more attention. There are now thousands of people at the construction site or in a nearby encampment, according to the tribe. Protesters have set up teepee and tent camps on land owned by Energy Transfer Partners to slow the progress of construction and have threatened to block the highway. More recently, celebrities and public figures like actor Shailene Woodley, actor Mark Ruffalo and civil rights activist Jesse Jackson have traveled to North Dakota in solidarity with the Standing Rock Sioux. The most dedicated protesters say they will remain through winter, even though the average low temperature in North Dakota reaches nearly 0 F (-17.8 C) in those months.

The tribe has also sued the Army Corps of Engineers, which permitted the project, alleging that the agency violated the National Historic Preservation Act (NHPA) and the National Environmental Policy Act (NEPA). NHPA requires the agency to consider the cultural significance of federally-permitted sites and NEPA to consider the implications for the waterways. The litigation is ongoing though a court rejected an argument that construction should be halted while the case winds through the courts.

Supporters of the pipeline—which include state and local government leaders —have showed little interest in accommodating the project’s critics, particularly the protesters on the ground. North Dakota Governor Jack Dalrymple has called in the National Guard as well as an army of other police officials. More than 140 people were arrested this week, even as construction on the pipeline has continued.

Protesters and tribal leaders have accused officials of unnecessarily rough treatment. Police have used pepper spray, rubber bullets and concussion cannons, among other tactics, according to the tribe. Amy Goodman, a journalist with the Democracy Now! program, was arrested while covering the protest for allegedly trespassing. Footage she captured showed police officers allowing their dogs to charge protesters.

How has the federal government responded?

The Obama administration—including the Army Corps of Engineers, the Department of Justice and the Department of Interior—temporarily blocked construction on the project in September in hopes of conducting a review, but a federal court intervened to allow the project to proceed. President Obama has taken no additional steps and has said nothing officially about the pipeline, but has come to the defense of protesters, saying “you’re making your voices heard” at a White House event for tribal leaders.

What do the presidential candidates say?

The federal government has authority over the project’s permits and the next Administration would have the power to cancel the project—or at least revoke its permits after further assessment. Hillary Clinton declined to take a firm stance calling for both sides to “find a path forward that serves the broadest public interest.” Donald Trump—who owns stock in Energy Transfer Partners—has called for the removal of regulations on the oil and gas industry but has not commented specifically on the pipeline.

Is the Dakota Access Pipeline the next Keystone XL?

The Dakota Access Pipeline has drawn parallels to the Keystone XL pipeline. Opposition to that project, which Obama eventually rejected, became a litmus test in the eyes of some activists for public officials to show their commitment to addressing environmental issues. But at the same time significant differences remain. Perhaps most importantly, Keystone crossed into Canada, making it an international issue that gave authority over its final approval to the State Department. The federal government has the authority over the Dakota Access Pipeline because it crosses interstate waterways. Stopping the project would be heavier lift for any administration. 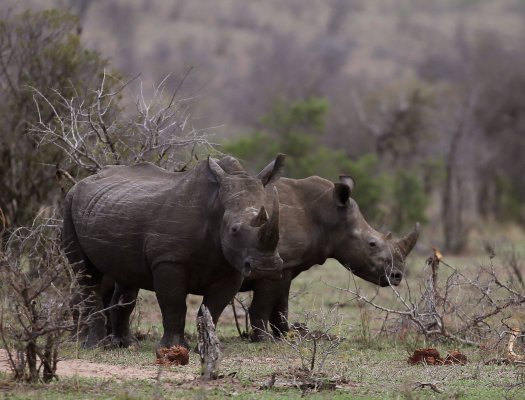 Wildlife Populations Have Dropped 58% in 40 Years
Next Up: Editor's Pick