Donald Trump and Hillary Clinton supporters have widely different views on what they think is important for a “strong democracy” to function properly, according to a new poll.

While 83% of people who plan to vote for Clinton believe it’s key for the losing presidential hopeful to “recognize the legitimacy” of the winning candidate, only 48% of Trump supporters think that is “very important” to maintain a strong democracy, a Pew Research Center poll shows.

In the same vein, when asked whether it’s important for news organizations to be free to criticize candidates, 72% of Clinton voters said yes but only 49% of Trump voters agreed.

More Clinton supporters—86%—also said it’s important for people to have the right to protest without violence. Sixty-nine percent of Trump supporters said that was very important.

The poll also found that almost an equal percentage of supporters of both major party candidates (93% of Clinton voters and 91% of Trump voters) agree that open and fair elections are very important to maintaining a strong democracy. 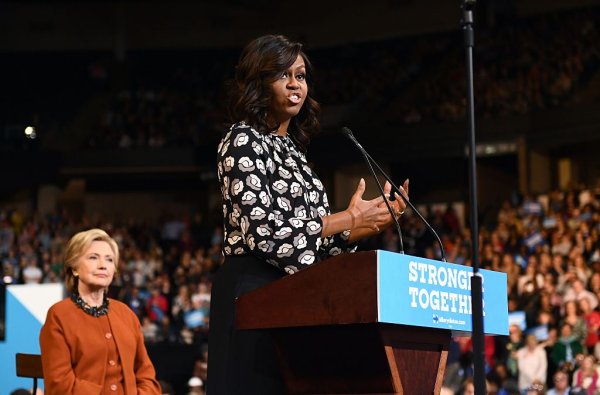 Read the Transcript of Michelle Obama's Speech at a Hillary Clinton Rally in North Carolina
Next Up: Editor's Pick