With only three minor hits in a 50-year career, it’s not quite accurate to call Iggy Pop a rock star, yet he has evolved into one of rock’s most beloved figures. It’s not just that he’s an arresting performer, having invented the stage dive and the dubious tactics of rolling in broken glass or smearing his naked torso with peanut butter. Nor is it that he and his band, The Stooges, are widely credited with distilling hard rock into a primitive, raw sound that presaged the punk aesthetic of The Ramones and Sex Pistols by nearly a decade. It’s partly because Iggy (born Jim Osterberg) is the last surviving member of rock’s coolest three-way bromance, which he carried on with David Bowie and Lou Reed. But mostly it’s because Iggy is hilarious, always reliable for retelling stories of all-out mania, delivered with raspy, dry mirth.

So when Jim Jarmusch, the pioneering indie filmmaker whose career was catalyzed by years immersed in the social and artistic milieu of New York City’s CBGB nightclub, directs a new film about Iggy and the Stooges called Gimme Danger, it’s safe to assume that somewhere in rock heaven, Bowie and Reed probably just got their wings. Or at least another round of drinks with Bill Burroughs and Andy Warhol, who will surely toast the film’s artistic success. Then along come two of the most obnoxious, narcissistic brats ever to proclaim they’re in the world’s best band: the oft-feuding Mancunian siblings Liam and Noel Gallagher, who rival Donald Trump for egotism, bad behavior and twisted syntax. Turns out they’ve got their own movie, Oasis: Supersonic, and it’s not only better, but funnier, than the Jarmusch-Iggy-Stooges joint.

Directed by Mat Whitecross (The Road to Guantanamo, Sex & Drugs & Rock & Roll), the Oasis movie captures the essential cheek, unbridled power chords and thundering rhythm section that make for an arena-worthy band. Steeped in the sound of The Beatles, The Who and various acts from the rave-driven “Madchester” scene of the early ’90s, Oasis broke any number of British chart and sales records while whipping up a media frenzy that feasted on their every kerfuffle. “Oasis was like a Ferarri,” says hard-partying, quick-to-brawl singer Liam. “Great to look at, great to drive and it’ll f–king spin out of control every now and again.”

With crudely amusing animations, voiceovers from archival interviews and plenty of press and video clippings, Whitecross celebrates the astonishing first five years of the band, from garage to smash singles such as “Wonderwall” and Champagne Supernova” to a pair of outdoor concerts at the Knebworth House fields that saw them play to 250,000 fans over two nights in 1996. (Ticket demand was so high that they might have been able to sell out another 18 shows, according to the BBC.) Wisely, the story stops there, although the band didn’t flame out until 2009. This is no Behind the Music, with Acts I (rise), II (fall) and III (redemption). It’s only the good stuff—right up to the point where guitarist Paul “Bonehead” Arthurs says, “I always thought we should have bowed out after the second night at Knebworth.”

Jarmusch, meanwhile, doesn’t know when to call it quits with The Stooges, taking a far more traditional approach that never quite matches the intensity of songs such as “I Wanna Be Your Dog” and “Search and Destroy” or the heroin- and booze-fueled insanity of his subjects. “We bumbled around America, playing raggedly,” Iggy recalls. “Some gigs I could get it together to sing, some I couldn’t.” Jarmusch has called Iggy a “snarling, preening leopard of a front man who somehow embodies Nijinsky, Bruce Lee, Harpo Marx, and Arthur Rimbaud.” And this is true—but that one description has more verve than most of the film.

Things are fine when we’re listening to Iggy describe his act — “I just started jumping up and down, like baboons do before they’re gonna fight” — or watching him wriggle through a sweaty crowd. Most everything else feels inessential, especially the time devoted to the band’s victory-lap reunion after a three-decade hiatus. No matter how daring The Stooges may have been in their prime, it’s hard to glimpse the danger in a bunch of fiftysomething dudes getting the band back together in 2003. The real hazard turns out to be the the stroke, two heart attacks and sepsis that will kill three of them — but not Iggy — within six years of one another.

Jarmusch made similar missteps in his 1996 Neil Young concert film Year of the Horse. He thinks his subject is great enough that all he has to do is turn on the camera, make a bit of chit-chat and see what happens. But all the best rock films, including Supersonic, have the director’s imprint on every frame. Hanging back and being cooler than cool has long been a Jarmusch trademark, but when he gets too close to his idols it’s an instinct that makes great artists look smaller than they really are. 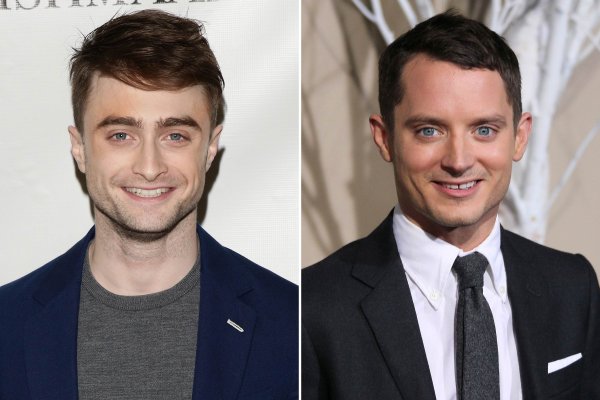 Elijah Wood Is Sick and Tired Of Being Mistaken for Daniel Radcliffe
Next Up: Editor's Pick