Los Angeles police on Thursday arrested the man who destroyed Donald Trump’s star on the Hollywood Walk of Fame.

James Otis, a Beverly Hills resident, previously told Deadline that he was behind the vandalism. Dressed as a construction worker, Otis said he took a sledgehammer and a pick-ax to the star shortly before 6 a.m. on Wednesday.

He spoke about his negative feelings toward the Republican presidential nominee, telling the Los Angeles Times that he did not like Trump’s behavior. “I just sort of had enough with Mr. Trump’s aggressive language toward women and his behavior, his sexual violence with women and against women,” Otis said.

Otis planned to turn himself in on Thursday, the Los Angeles Times reported, but he wanted to hold a press conference at the scene of the crime before doing so. Police foiled this plan, arresting Otis on suspicion of smashing the star, according to the Times.

Police estimated the damage to the star would cost about $2,500, which means Otis could face a felony vandalism charge that could land him in jail for up to three years. 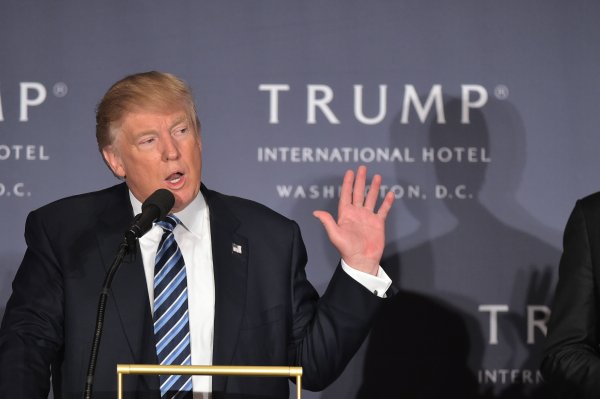 Read Trump's Remarks at the Opening of his Hotel in D.C.
Next Up: Editor's Pick