Supreme Court Justice Clarence Thomas has denied a sexual assault accusation leveled against him by a one-time female dinner guest, according to a report published Thursday.

The allegation, reported in the National Law Journal, comes nearly three weeks after Moira Smith wrote on Facebook that Thomas had grabbed her buttocks multiple times during a 1999 dinner party at the justice’s home. Smith, now general counsel to Enstar Natural Gas Company, said she was one of several Truman scholar invited to Thomas’ home that evening and was setting the table when the alleged unwanted contact occurred. She was 23 at the time.

Thomas rejected the accusation as “preposterous” in a statement provided to the National Law Journal by a Supreme Court spokesperson.

“This claim is preposterous and it never happened,” Thomas said.

Smith’s three former housemates as well as her now ex-husband recalled her telling them of the incident at the time, the Journal reports.

Thomas, 68, famously faced scrutiny during his Supreme Court confirmation hearings in 1991, when Anita Hill said that Thomas had sexually harassed her. Many women have come forward to share stories of sexual assault and harassment in recent weeks as similar allegations against Donald Trump have dominated the news. 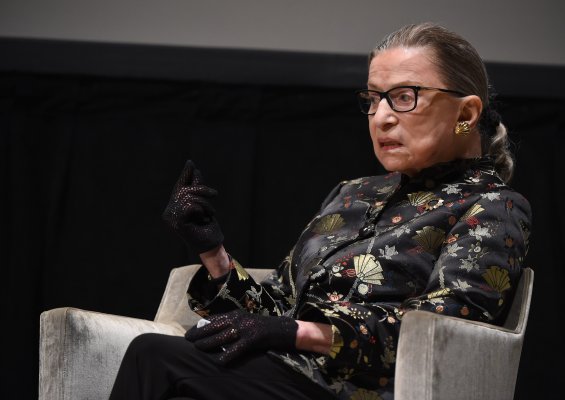