Here's Everything New Coming to the Apple TV

Apple on Thursday announced a handful of updates coming to its Apple TV set-top box.

The biggest change will be the introduction of a new TV app, which essentially functions as a TV guide for your numerous streaming apps.

Here’s a closer look at what Apple announced during a media event:

Apple’s new TV app is designed to surface content from various streaming apps, like HBO Go and Hulu, and house them in one easily browsable place. (Netflix reportedly won’t be included.)

The “Up Next” section, for example, will act as a hub for content you’ve already started watching across all of these services. If you started a movie but didn’t finish it, the “Up Next” tab will let you pick up where you left off. It will also show the next episode in a series you’re currently watching.

Other tabs allow you to browse apps and content you don’t currently have as well as access media you’ve purchased.

The TV app will be available for iPhone and iPad as well, and is launching across devices before the end of the year.

Apple’s virtual assistant now works with live television. This means you can ask Siri to watch to watch CBS news or tune in to a sports game.

Minecraft, a hugely popular game whose maker is owned by Microsoft, is coming to the Apple TV by the end of the year, Apple CEO Tim Cook said at the event. 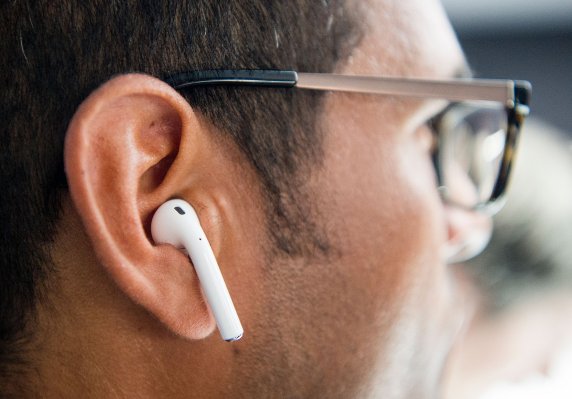 Apple's Newest Product Just Got Delayed
Next Up: Editor's Pick