Get Ready for Election Blues

With all the heated exchange and frothing vitriol on the U.S. presidential campaign trail, it’s easy for Americans to be negatively affected. It may feel like our stomachs are in knots and our heart rates are elevated. Many feel a general concern about our country’s future. But this is the time for mending relations, not boiling resentment or retaliation. While the kind of psychological and social repair needed in the U.S. is not contingent upon forgiveness, it might be facilitated by it.

Forgiveness has been widely viewed as a great liberator to releasing oneself from the pain of the past. It’s a way to transcend the negative effects of transgressions. It’s not typically as simple or straightforward as flipping a pardon switch, of course. The process is complicated and generally unfolds over time.

But research has documented the positive effects of forgiveness and shown that it is more than worthwhile. Essentially, the more one can let go of deep-seated grudges, the fewer signs of emotional distress and the more sense of empowerment one will feel.

For sure, forgiveness is complicated and influenced by many factors—offense severity, intent to harm, and time since the hurtful experience occurred. But one’s readiness for reconciliation is one of the most important predictors of forgiveness.

How do we know if we’re ready? And if we’re not, how can we prepare ourselves to get there?

The more people make broad generalizations about the “other” group, lumping them into one big basket of the evil, the less likely they’re ready. Demonizing all those in a particular party as bad, ill-informed, and even deplorable certainly doesn’t make us want to reach across the aisle and lock arms, let alone shake hands.

The more people perceive themselves as belonging more to the marginalized group as opposed to the larger collective, the less ready they often are to bury the hatchet. So if we identify ourselves first and foremost as Democrats, Republicans, Independents or Green Partiers, rather than as Americans, we’re less likely to make steps to move forward together.

And if one believes that all individuals have the same worth, should be treated equally and allowed to express their opinions openly—if they had pride in their country and felt that over time they could join with the others—they were more willing to resolve their disputes.

If we take a page from the reconciliation book of other deeply divided countries and engage in some good old-fashioned cognitive-behavioral therapy, we can promote healing. Acknowledge the perspective and suffering of the opposing party (even if we don’t agree with their position). Process our own experiences and mourn any associated disappointments or losses.

Bitter divide and resentment can eat away at one’s psyche and soul and wreak havoc on a nation. Being willing to forgive will move us beyond the burden of pain, fear and anger. Readiness to reconcile will go a long way in restoring self and country respect. 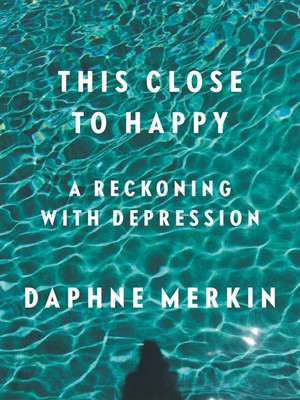