The NASA Jet Propulsion Laboratory held their annual pumpkin carving contest on Thursday and it turns out that carving pumpkins is rocket science.

The contest, which is held at the California lab made famous in The Martian, showed what can happen when you combine science and engineering with pumpkins. There were a few fabulous, but fairly standard entries, like a PAC-MAN pumpkin, a Darth Vader Jack O’Lantern, Donald Trump and Hillary Clinton pumpkins, and an impressive Stranger Things inspired entry, but no Neil deGrasse Tyson pumpkin.

However the scientists and engineers who work at NASA’s lab set themselves apart from run-of-the-mill pumpkin carvers with the entries that combined gourds with cold hard science and a touch of Halloween magic.

NASA JPL mechanical engineer Aaron Yazzie shared many of the entries on Twitter and they offer a bounty of ideas for your own Halloween pumpkins. For starters, check out the pumpkin carved as a stand-in for the Mars Rover complete with a glowing green light and a Forrest Gump quote, that may be an inside NASA joke.

Then there’s this glowing Martian return mission pumpkin with lights and a cow spinning away in a vortex:

Next time you’re invited to an October picnic, consider bringing your own pumpkin barbecue:

Guessing that someone on NASA’s SMAP (that’s Soil Moisture Active and Passive for us laymen) team made this SMAP-inspired pumpkin:

NASA’s Juno mission to Jupiter was recreated in gourd form, too:

Someone even made a black hole, which, thankfully was not a fully functional model.

There was a space telescope:

Yazzie shared is own entry, too, a Mars helicopter with rotating blades: 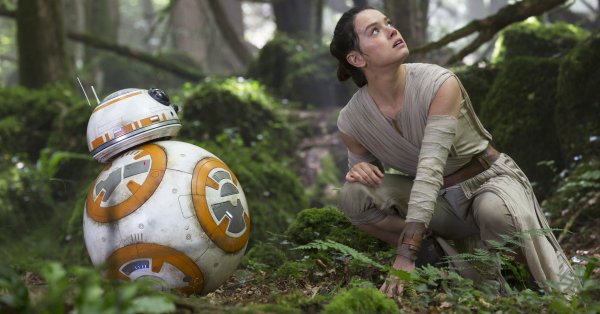 Daisy Ridley Responds to 'Sexist' Criticism of Rey in Star Wars
Next Up: Editor's Pick